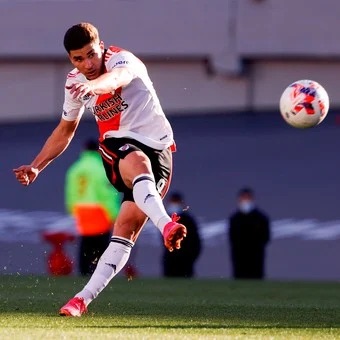 Julián Álvarez beat River Plate one-match goal-scoring record!Julián Álvarez became the first player in the history of River Plate to score 6 goals in a competitive game. He achieved this feat in the Copa Libertadores game vs Alianza Lima (8-1) on 25 May. Remarkably, he did it on just the same day when the club celebrated its 121st anniversary! The 22-year old forward surpassed the previous record of 5 goals that belonged to Luis María Rongo (1939), Leopoldo Luque (1976) and Ignacio Scocco (2017).Álvarez was recently purchased by Manchester City but continues to play so far for River Plate where he has scored 51 goals for 115 official games in total.At the same time, he equaled the Copa Libertadores all-time one-match goal-scoring record set by another Argentine Juan Carlos Sánchez in 1985.