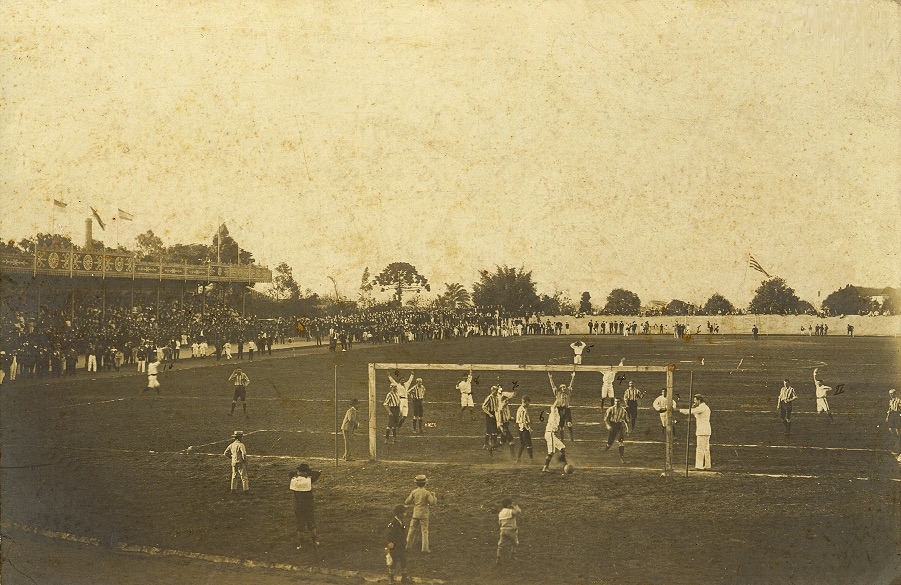 Upon his return from England, where he attended college and discovered the sport, Charles Miller (picture) introduced the football association rules to Brazil. On December 14, 1901, the Liga Paulista de Foot-Ball (Paulista Football League), or LPF was founded, comprising five initial teams:  Sao Paulo Athletic Club, International, Mackenzie, Germania and Paulistano).Between April and October 1902, those teams competed in the first edition of the tournament, with São Paulo AC winning the title and Miller himself as the leading goalscorer (10 goals).

Arthur Friedenreich, one of the greatest Brazilian Players in the History ! 557 official goals in 562 matches between 1909 and 1936, more than 1200 goals (with non official) in 1200 matches in his career. He was crowned 5th Best Century Player in Brazil behind Pelé, Garrincha, Zico and Didi !

The teams of Club Atletico Paulistano and Sao Paulo Athletic Club before the match in Stadium Velodromo 1902.