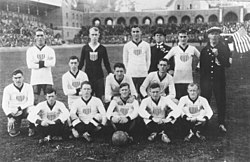 Following its foundation on April 5, 1913, the United States Football Association (USFA) – which on FIFA’s recommendation had been formed by the merger of several long-standing regional associations – promptly went on to organise the first national football competition in the US, the National Challenge Cup, a cup competition in the manner of the English FA Cup, but open to both amateurs and professionals. This trophy was donated by Sir Thomas Robert Dewar, the owner of a Scottish whisky distillery. 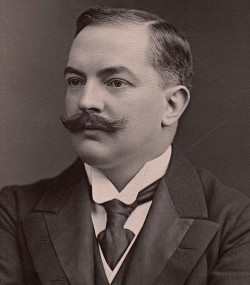 Prior to the foundation of the USFA, the American Cup already was held from the 1884/85 season on. This competition was contested mainly by teams from the northeastern USA. However, once the National Challenge Cup was started, the American Cup quickly became second rate and eventually ended in 1924, which was its 32nd edition.

Since professionalism in US soccer quickly spread following World War I and gained much ground against amateur soccer, the USFA introduced another competition in 1923, the National Amateur Cup. Although the USFA meant to give amateur teams a better chance at the national level, it violated its own principles in doing so. In 1938 the two competitions were joined under the name National Open Cup. When the American Soccer League was formed in 1921, the Lewis Cup – effectively a league cup – was introduced.

In 1459 Serbia was incorporated into the Ottoman Empire. Bosnia followed in 1463, Hercegovina in 1483, and Montenegro in 1499. It was not until 1817 that Serbia threw off Turkish rule, and Montenegro did in 1852. In November 1918 the Kingdom of Serbs, Croats and Slovenes (Kraljevina Srba, Hrvata i Slovenaca in Serbo-Croatian, hence also SHS state for short) was formed, and proclaimed on December 1, 1918. This state comprised Serbia, Bosnia-Hercegovina, Croatia, Slovenia and Montenegro (the modern Macedonia was a part of Serbia then). This state was renamed Kingdom of Yugoslavia on October 3, 1929.

Hugo Buli of Serbia had learned football during his studies in Berlin, and also played for FC Germania 1888 there. Upon his return to Belgrade early in 1896, he founded a football club together with the Czech high school teacher Gustav Freifahr (who, being Jewish, was shot by the Nazis in 1941). On May 19, 1896, Belgrade saw its first football match, played by two teams of the high school club “Sokol”. Officially, though, Serbian football began on May 13, 1899, with the foundation of the “Prvo srpsko druš stvo za igranje loptom” [First Serbian Association for Ball Games]. 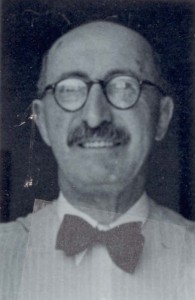 After the turn of the century, further clubs were founded in Belgrade and elsewhere in Serbia, although football spread and developed more slowly there than it did in Croatia. At the time, there were many political problems and borders redrawn in the area of the (now former) Yugoslavia. Thus, the Vojvodina (now a part of Serbia) was ruled by Hungary, which sought to Hungaricise the area. Prior to the two Balkan Wars, Serbia and Montenegro suffered under Turkey, Austria and Hungary, and Macedonia was part of the Ottoman Empire (Turkey). The club SH Bačka (Subotica), which was founded in 1901, played in the south Hungarian league championship, and won it four times between 1909 and 1919.

Due to the two Balkan Wars (1912 and 1913) and World War I (1914-1918), no national football championship was held in Serbia during the 1910’s. However, in the spring of 1914 the Serbian Olympic committee organised a cup competition for the Kingdom of Serbia. This tournament was won by Velika Srbija (Beograd), who beat ŠK Šumadija (Kragujevac) 3:1. Velika Srbija later changed name to ŠK Jugoslavija. This tournament was only held once. On the other hand, the Yugoslav Football Association [Jugoslovenski Nogometni Savez] was founded in Zagreb on April 15, 1919.