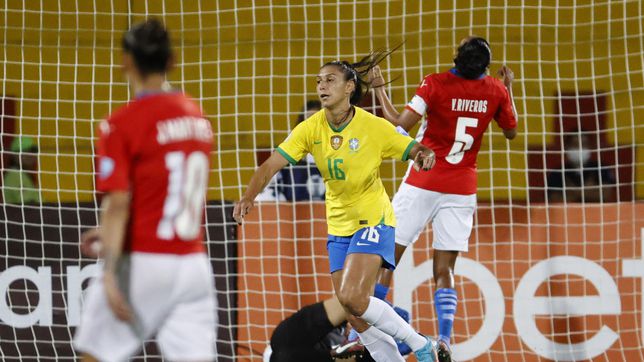 Brazil confirmed his favorite status in the Copa America Femenina and beat in the semi-finals Paraguay with a 2-0 win. The team leaded by Pia Sundhage will so dispute the final against the host Colombia this Saturday. The victory was also achieved at the Alfonso López Stadium in Bucaramanga and provided Brazil the qualification for the 2023 World Cup and 2024 Paris Olympics in Australia and New Zealand. Paraguay, for its part, will qualify directly for the World Cup against Argentina in a third-place match on Friday. If it loses that match, it will play the play-offs in New Zealand in February 2023.

The first goal came when Beatriz Zanaretto bowled a ball to Ary Borges, who came from behind and took such a strong shot that the goalkeeper of Paraguay was unable to stop.The high pressure of the Brazilian team lead to a 2–0, assisted by winger Antonia, Beatriz Zanerato celebrating her third goal in the championship on 27′.

Brazil’s dominance was full by great work in midfield by Arya Borges and Angelina, who prevented the Paraguayans from reaching their goal dangerously.