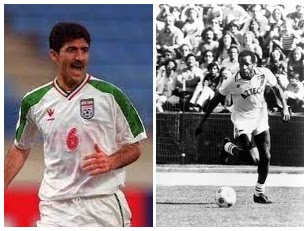 Players with most goals in a single edition of World Cup qualificationWe publish the ranking for best one-edition goal-scorers of World Cup qualifying stages in the history of competition.Until World Cup 1994 when the qualification format underwent a massive expansion the record belonged to Steve David from Trinidad and Tobago who scored 12 goals within the qualifying campaign for World Cup 1974. It was extraordinary individual result for those times which has not helped, however, David’s team to promote to the final stage in Germany (though it world certainly deserve it).Since 1994, many players from all 6 confederations managed to equal and surpass Steve David’s achievement. In the qualification for World Cup 1998 Iranian Karim Bagheri scored as many as 19 goals establishing the new record which still stands at the moment.