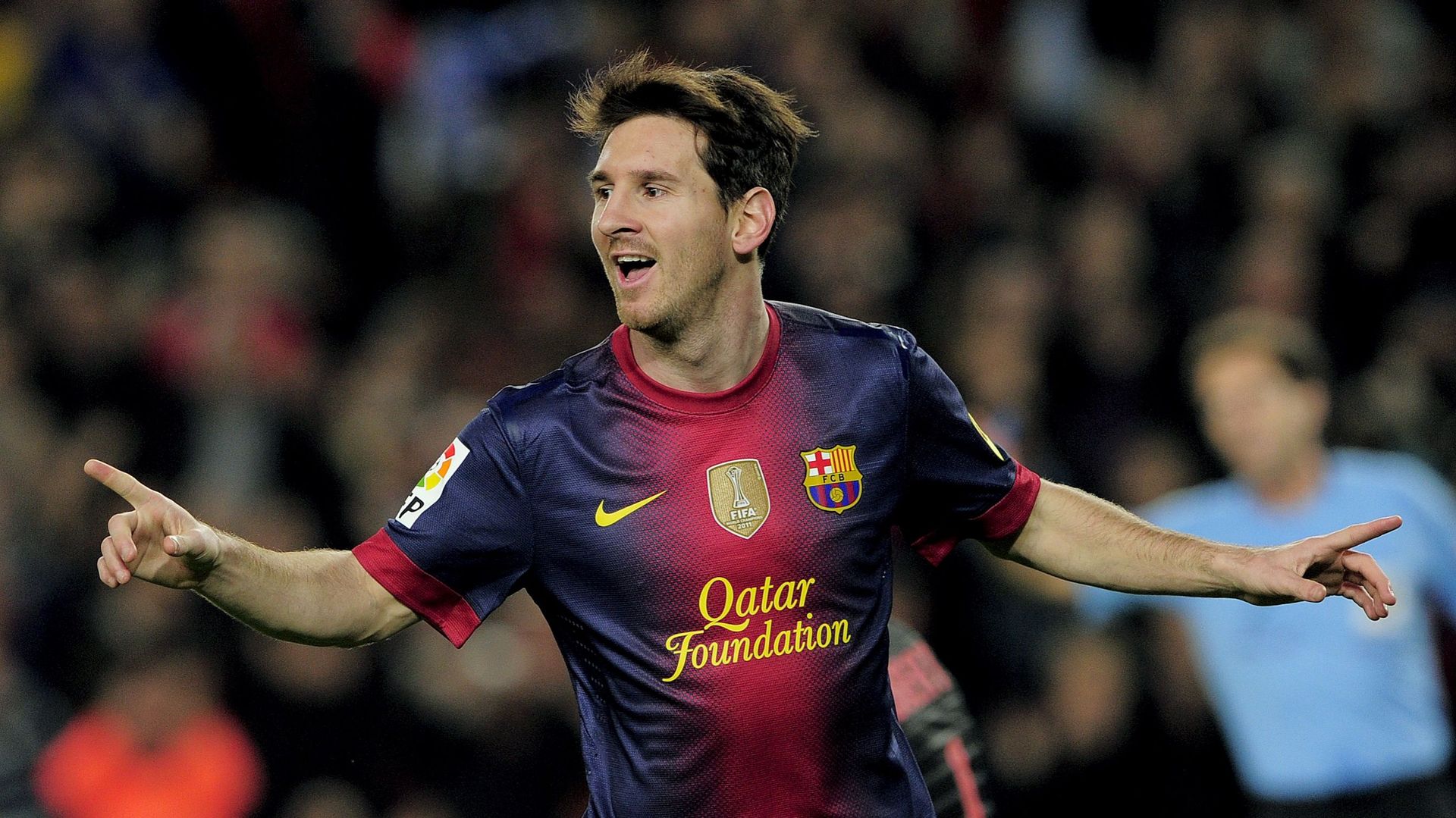 Picture : Lionel Messi holds the All Time World Record since May 2013 !

Messi 21-game scoring streak: all-time World recordLionel Messi holds the world record for most consecutive goal-scoring matches in the top national division. He scored for Barcelona in 21 league matches in a row during the 2012-13 season.His streak began in 11th round on 11 November 2012 and lasted until 34th round on 5 May 2013. Inside this period, Messi missed three games (rounds 30 to 32) due to a hamstring injury.The series was broken on 12 May when he failed to score in a 2-1 win against Atletico Madrid.In total, Messi has scored 33 goals during his record series.