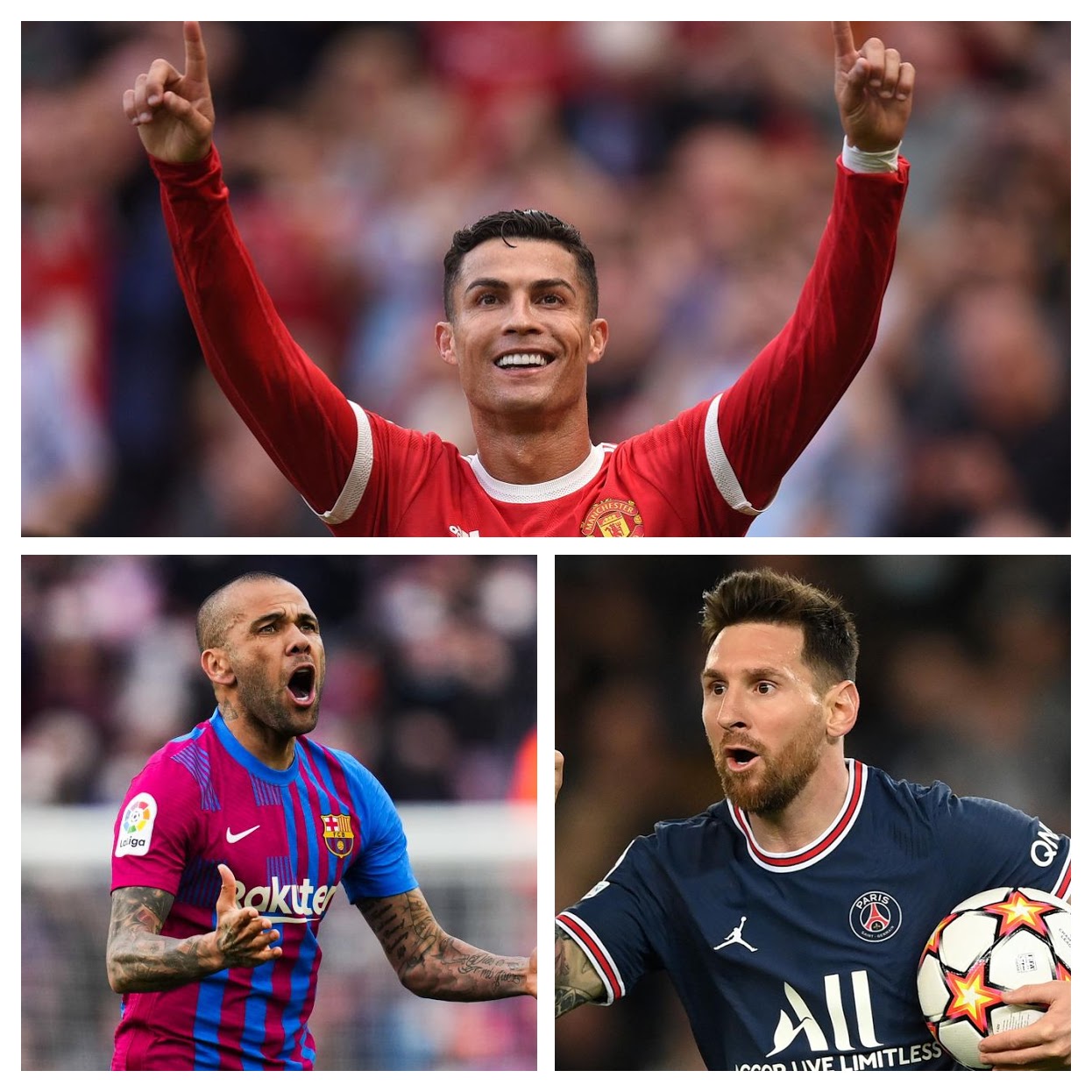 IFFHS WORLD RANKINGS - PLAYERS WITH MOST GAMES IN XXI CENTURY

Picture : the active Top 3 of the Ranking - Cristiano Ronaldo leader !

IFFHS World Ranking for Players with Most Games in XXI centuryDani Alves – the 2nd player in XXI Century to reach 1000 gamesAs we have reported, Dani Alves has reached on 6 February 1000 top-level games in his career. We take this opportunity to publish an updated IFFHS ranking for the players with the most top-level matches over this century. 11 players in total have reached 900 games. Among them, 8 are active (taken in bold) and 3 retired. João Moutinho, Andrés Iniesta and Sergio Ramos crossed the 900-game milestone in 2021.We have also included in the table further 10 players who are below 900 games in XXI but have amassed this sum adding the games played in XX century, with the condition that significant majority of their games (not less than 65 percent) were held in XXI. Such players can conditionally be named as “players of XXI century”.So, along with main ranking (Total XXI) belonging 11 members we put also an extended parallel ranking Total Career where the mentioned category of players is included as well. This parallel ranking is led by Rogério Ceni (1214 games) while Cristiano Ronaldo is 2nd in it.For the players who have games in both centuries, those held in XX are taken in brackets in the particular columns (NL, NC, ICC, NT).In the entire history of world football, Dani Alves became the 16th player (and the second Brazilian after Rogério Seni) to reach 1000 matches.As for the next ticket in this “Club 1000”, it will likely be handed over to Yasuhito Endō (Japan), who is still continuing his career in the strongest national division at the age of 42. Now he has 993 matches.