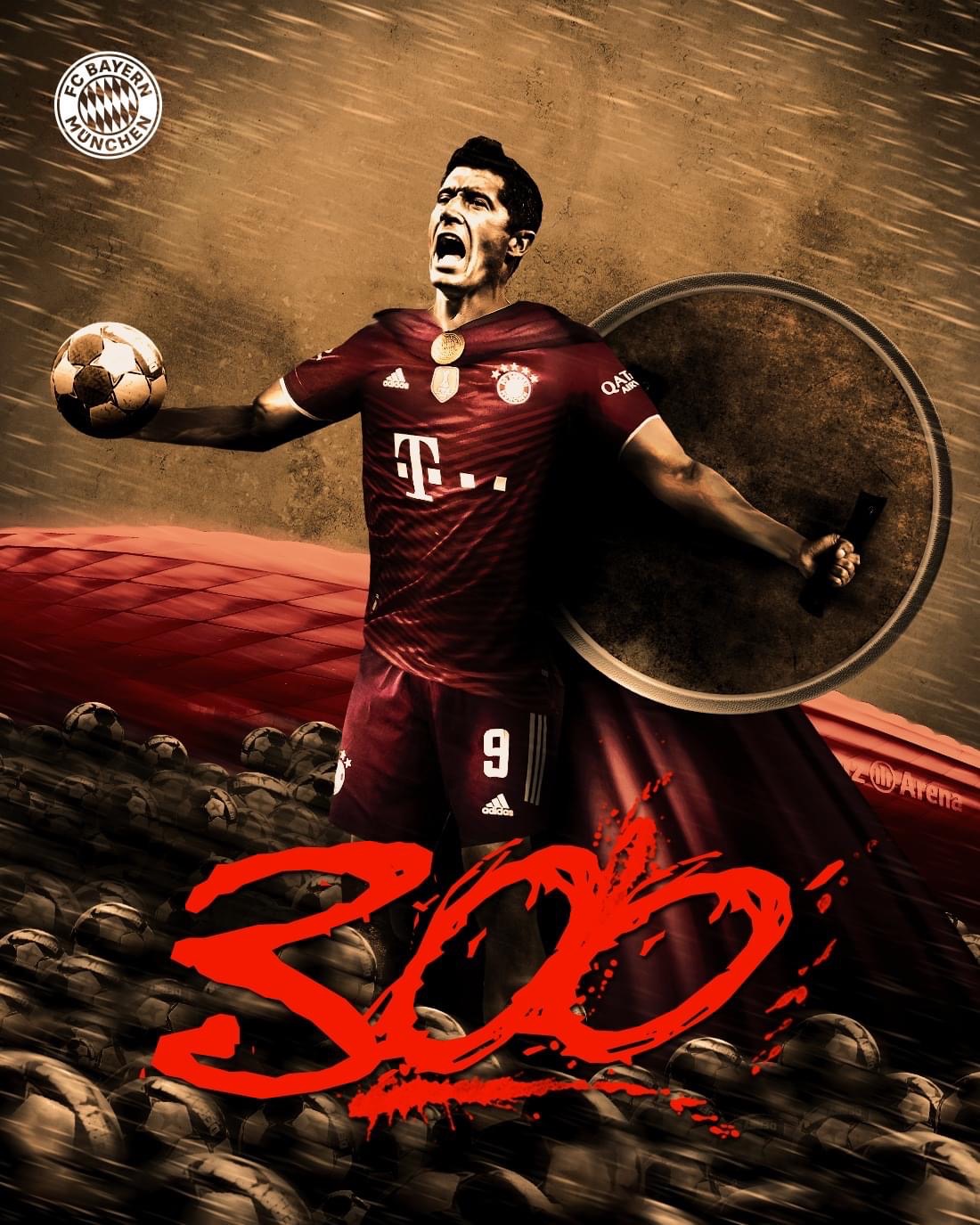 Robert Lewandowski: 300 goals in Bundesliga!Robert Lewandowski has reached the milestone of 300 goals in the German Bundesliga. The 300th was the last of his three goals scored against Köln (4:0) on January 15.The Polish striker scored 74 goals for Borussia Dortmund (2010-2014) and 226 for Bayern Munich (since 2014). In total, he has played 369 matches in the Bundesliga.RL9 became the second Bundesliga player since its foundation in 1963 to reach this mark. The first was Gerd Müller, who scored 365 goals for Bayern between 1964 and 1979.In recent time, we have seen Lewandowski consistently take away Müller’s records. This record is still held by Müller, but the Pole may well take possession of it if he stays in Bayern for a couple more seasons.Lewandowski entered the all-time global ranking of players who scored 300+ goals in a single league.There are only 3 active players in this ranking. One of them, Lionel Messi, leads it with 474 goals scored in the Spanish league. If he had stayed at Barcelona we would probably be celebrating him this season as the first player in history to reach 500 goals in one league. However, he will possibly yet return in the future to the league in which he was much happier and more prolific compared to the one where he plays now.

Cristiano Ronaldo occupies a modest 31st place in the ranking with 311 goals scored in the same La Liga. For him, spreading his goals across different leagues, this is simply not the category where he can feel like a king. However, there are enough records for him anyway.Unlike them both, Lewandowski continues to play in the league where he established his achievement. Now he occupies the last, 40th place in the ranking. But there is no doubt that already before the end of this season, he will rise significantly.