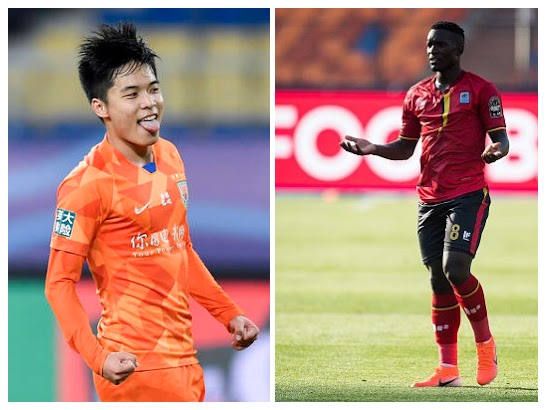 An Ugandan midfielder Khalid Aucho (28 years) from Young Africans (Tanzania) became the very last goal-scorer in the world top football in 2021.
He has scored on the minute 81 of the game Young Africans - Dodoma Jiji (4:0) of Tanzanian top division on December 31.
The exact UTC time at that moment was 17.40.

The game Shandong Taishan - Shanghai Port (2:2) of the Chinese Super-League Championship Round was the very first top football match in the world in 2021.
This game, appointed for early hours of January 1, produced the very first goal in the world football in the new year. It was scored on 8th minute by 23-year old Shandong Taishan’s striker Liuyu Duan.
The exact time at that moment was 7.38 UTC.