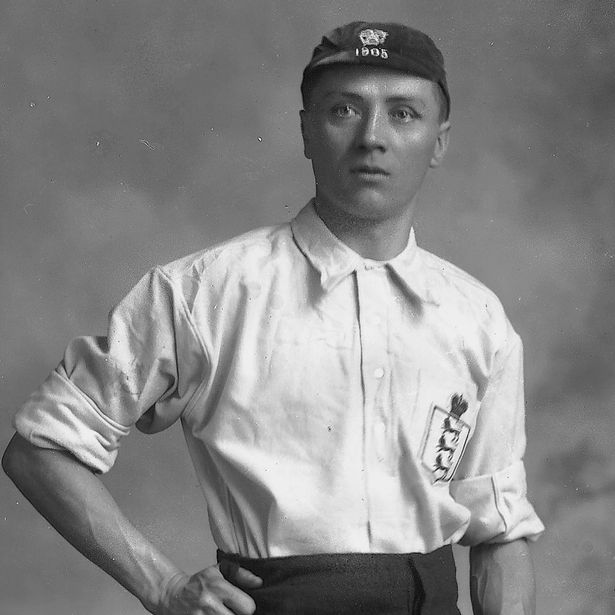 Picture : Steve Bloomer, the Best Goalscorer of the XIXth Century.

Football in XIX century – Part 5The World’s Best Goal Scorers of XIX CenturyThe best world’s goal-scorers on XX and XXI centuries are well known for the fans of football history and statistics (also from IFFHS publications). As for XIX century, it is terra incognita in this regard. More accurate, it was. Here we discover - for the first time! – the names of those who were most successful goal-scorers at the origins of great game, in the timeframe since the start of organized top-level football in 1871 until the end of century, 1900.The starting point is dated by November 11, 1871 when the first games of English Cup, the first ever football national competition (of top level), were held. It was followed by Scottish Cup (established in 1873), Welsh Cup (1877) etc.In the meantime, football at level of national teams started on November 30, 1872 (England vs Scotland - 0:0).In the end of next decade, 1888, the first national league (English) has finally started, and soon the similar leagues were created in some other countries: Netherlands 1890 (there were though two unofficial editions in 1888 and 1889), Scotland 1890, Ireland 1890, Argentine 1891, Belgium 1895…As we see, there was not much space for the football pioneers in XIX century to prove as great goal-scorers; actually just 12 years of league football. Besides, all leagues except English were at that times yet very short on teams, matches and, therefore, goals.So, no surprise that tallies of best scorers of XIX are significantly inferior to the ones who were lucky to be born later and shine in XX and XXI, with much more space for exploiting their talents.However, 10 forwards managed to overcome the mark of 100 top-level goals. And one of them has scored even more than 200, even though he started his career at top level pretty late, only in 1892. This is Steve Bloomer, king of goals of first football century, holder of many different goal-scoring records of XIX; some of them stood very long and lived longer than Bloomer himself. His long career lasted until almost World War One, and he then doubled (approximately) the number of his goals scored in XIX. He became actually the first super-star in world football.Among these 10 strikers with 100+ goals, there are 6 Englishmen and 4 Scots. They all played only in English league (except Jimmy Millar who had a spell in Glasgow Rangers) which brought vast majority of goals in the ranking below.Scottish players acting in English league had first no chance to play for their national league on the rules of Scottish Association; it lasted until 1896 when this embargo was lifted. Therefore, three Scots out of four (except Millar) have blank spot in “NT goals”. You can see the column ICC filled for several players though it was then yet a lot of time ahead until establishing the regular top-level international competition for clubs.However, we consider appropriate to count here the goals scored in two competitions. One of them, so called Inter-League Matches, started in 1892, included the annual games between Representative teams of English, Scottish and Irish leagues. Actually, it was annual championship of the British leagues though de-jure didn’t have such status. However, it was very popular and comparable by level to the games of national teams.Another one was the tournament with pretentious name Football World Championship. It was sporadically played out since 1886 between two best teams of England and Scotland (Cup winners or champions; the rules were changing).By the way, John Campbell, placed third in the ranking, has won this tournament twice, in 1888 with Renton (Scotland) and in 1895 with Sunderland (England); the media of those times crowned him as “twice world champion”! Jack Southworth, placed fifth with 158 goals, was extremely prolific and could have scored much more, possibly more than Bloomer, but had to finish his career in 1894, aged only 27, due to heavy injury.  James Ross and Jimmy Millar have tragically died both at the age only 36, already in XX century, due to grave illnesses.