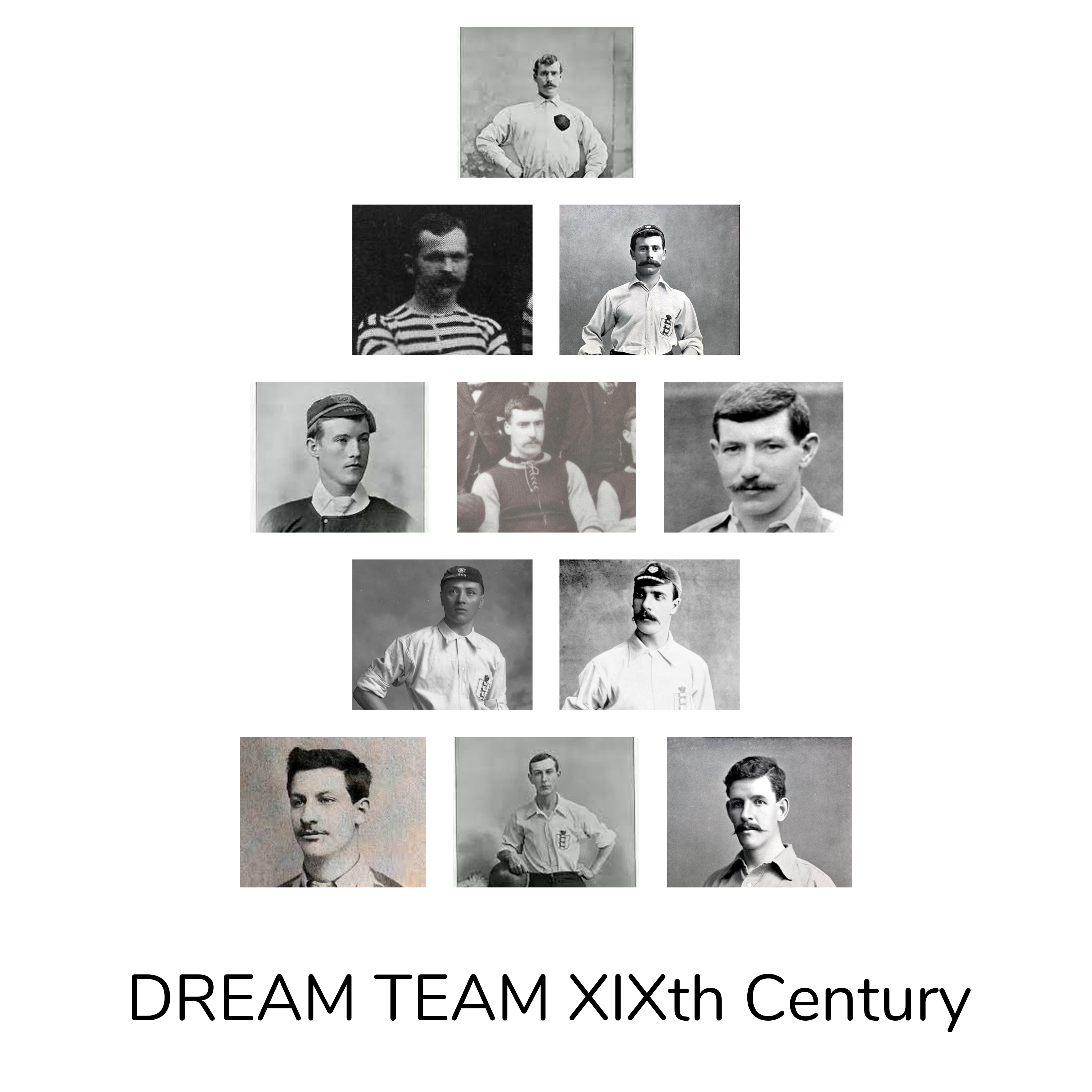 We continue the series of publications on the history and statistics of football in XIX century. We started it on the occasion of the 150th anniversary of the oldest competition in the world, the FA Cup (11 November), and then published a list of competitions established in XIX century.

In our era, it is customary to compose various versions of dream teams (in particular, IFFHS makes such publications for all countries of the world, in alphabetical order, starting in July of this year).

When the organized football was just taking its first steps, such fun did not exist yet. But it's interesting to imagine what XIX century dream team would look like.

Here we offer our version of such a dream team. Obviously, it consists exclusively of British players. The footballers who played outside the British Isles at that time could not yet compete with them.