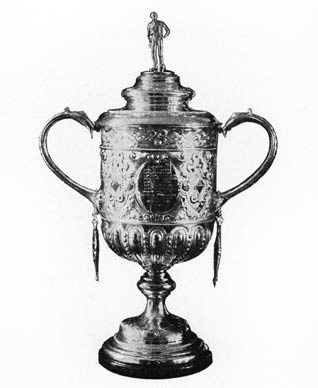 Picture : the English Cup - a special day on November 11

150th anniversary of the World’s oldest official competition – English Cup!November 11, 1871 was a special day for the world football: the start of the first competition established by national football association (English FA) – FA Cup.Four games of the first round have been played that day: Barnes - Civil Service -2:0Hitchin - Crystal Palace - 0:0Maidenhead – Marlow - 2:0Upton Park - Clapham Rovers - 0:3Only 12 teams took part in the tournament (3 others withdrew without playing a game) though as many as 50 clubs were members of FA at that time, eligible for participation. So, activity rate was yet quite low, 24 per cent. The final game was held on March 16, 1872. Wanderers defeated Royal Engineers 1:0. Now both clubs play in minor leagues of England. Moreover, Wanderers was defunct in 1887 and didn’t exist more than 120 years, until its resurrection in 2009. At least, the creators of the new Wanderers present it as a successor of the old one.In 2012, Wanderers and Royal Engineers arranged a symbolic rematch of the historic Cup final of 1872; Engineers managed to take a crushing revenge 7:1.To be meticulous, we shall mention that there were few tournaments older than the first FA Cup. For example, Youdan Cup held in 1867, also included 12 clubs and is considered as the first football tournament overall by an opinion, popular in England. But this tournament was 1) local (all participants were from the Sheffield area), 2) unofficial (organized by the clubs themselves and sponsored by local theatre owner, Thomas Youdan), 3) played under Sheffield Rules (a code of football existing then parallel with the one devised by English FA; this duality lasted until 1877 when two codes were unified).Therefore, if we say about a national official competition, played under official rules, English FA Cup 1871-72 was undoubtedly the earliest on the planet meeting these criteria.