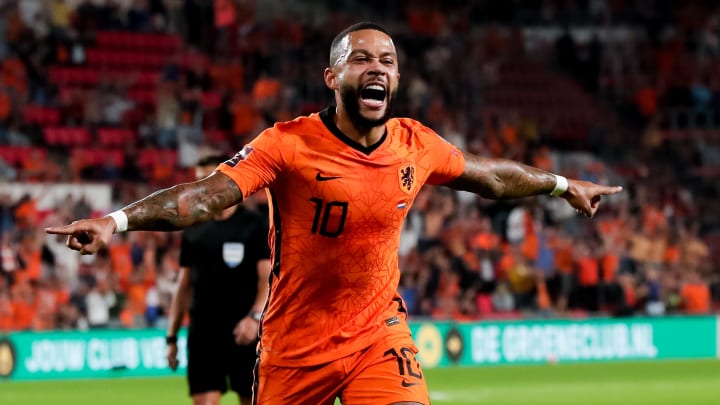 World Cup 2022 Qualification: statistics on European match-days 7 and 8 September*After the game vs Belarus (1-0), Belgium has already the series of 37 consecutive games with scoring (since 2018): the best active series worldwide. The 2nd longest active series is twice shorter (Argentina, 19 games).  *Italy has scored 4 goals in the first 30 minutes of a World Cup qualifier (vs Lithuania, 5-0) for the first time in its history.*In this game, Scuadra Azzurra have had no problems with increasing its World record on unbeaten series to 37 games.*After a hat-trick vs Turkey (6-1), Memphis Depay has scored already 12 goals for the Netherlands in 2021, equalling the all-time national record for goals in a calendar year set by Patrick Kluivert in 2000.*Turkey’s loss against Netherlands (1-6) is their biggest defeat since 17 October 1990 (Euro qualifier vs Republic of Ireland, 0-5)*In the game vs Poland (1-1), England didn’t make a single substitute, for the first time in 25 years (since the Euro 1996 semi-final vs Germany).*Harry Kane has scored his 41st goal for England and only the second of them to come from outside the penalty area (the previous such his goal was scored vs Nigeria in June 2018).*Also Harry Kane prolonged his series with goal-scoring in Euro and World Cup qualifiers to 15 games!*At the same, Robert Lewandowski failed to score in this game and has broken his run of 8 consecutive productive games in all competitions (including club ones).*Each of Republic of Ireland’s last five home goals in competitive matches have come at the 85th minute or later.*Already 16 different players have scored for Denmark in this qualifying campaign (total 22 goals)!*Antoine Griezmann, having scored a brace vs Finland (2-0), joined Michel Platini on the third place in France's all-time leadinggoalscorers’ list (41 goals). Above them, Thierry Henry (51) and Olivier Giroud (46).*Dusan Tadic assisted for Sergej Milinkovic-Savic vs Iceland (1-1). It was his 5th assist in 2022 World Cup qualifying campaign, the most of any European player so far.