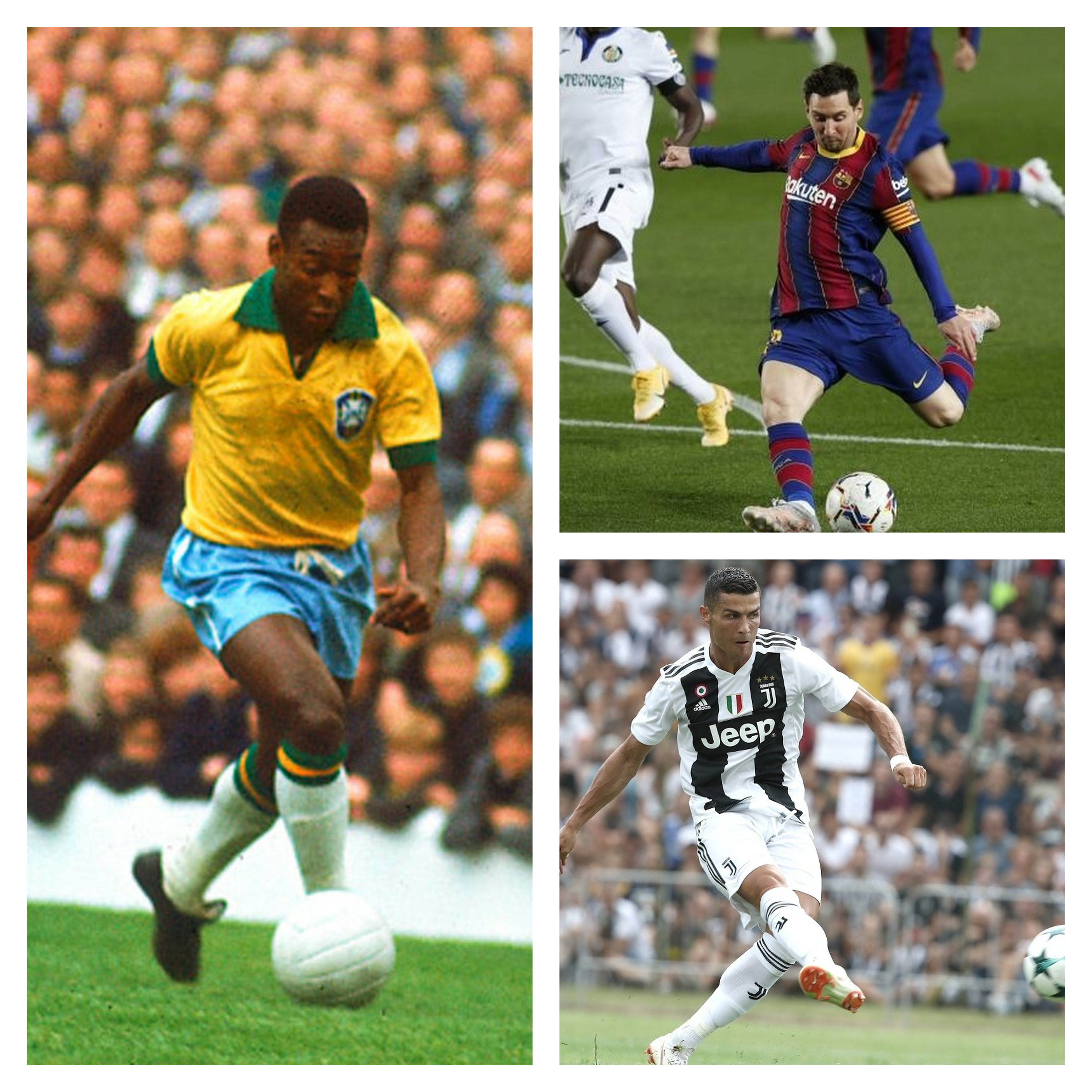 Picture: Since the beginning of 2021, Pelé has already lost 3 World Goal Scoring Records, broken by Lionel Messi and Cristiano Ronaldo.

The year when Pele’s records fallIn 1977, Pele ended his brilliant career holding World goal-scoring records in 5 different categories. He took four of them from Jozef Bican and one from Ferenc Puskas (details are in the table below).Pele held all 5 records for about half a century, up to this year. But with the onset of 2021, his records began to fall one after another.At the very beginning of the year, on January 6, Lionel Messi took over from Pele the World record for the number of official goals scored for one club increasing his tally for Barcelona to 646 goals, while Pele scored 645 for Santos (as of now, Messi increased the record to 667).Few weeks have passed, and on February 27, Cristiano Ronaldo surpassed Pele in the total number of official goals in his career: 766 against 765 (now the Portuguese already has 773).Pele's next record fell on April 22, when Messi overcame him for the number of goals scored in one particular league (469 in the Spanish League - while Pele had 468 in Paulista).So, in just 4 months of the current year, Pele lost three of his World records out of five. Two are still at his disposal, and they, apparently, will belong to Pele for a long time yet, since it will not be easy to get to them for Messi or Cristiano Ronaldo (letting alone the others).So, Pele still dominates the category of goals scored in all domestic competitions (661). Now Messi has 539 such goals, and Cristiano Ronaldo has 526. The distance is very big.Another long-lived Pele record relates to the number of goals scored in the top-level national leagues (606). In this category, Cristiano Ronaldo has only 475 goals so far and Messi has 469.