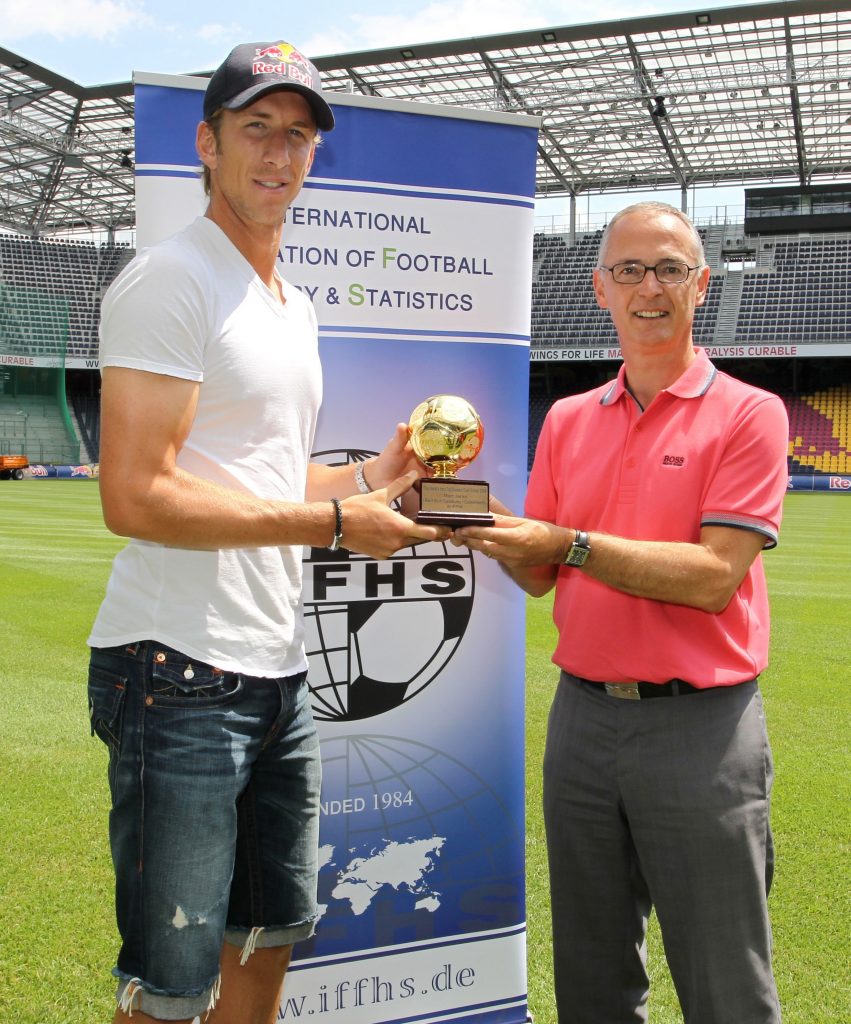 Marc Janko, born 25 June 1983 in Vienna, is a great Austrian striker who has retired before two months after a successful career. He scored 184 goals in 372 matches  during his club career in 7 countries and 28 goals in 70 matches with the Austrian National team.

His success caught the attention of many clubs, so he decided to join FC Twente in 2010. In the Netherlands, Janko played two seasons with 24 goals in 45 matches, winning the KNVB Cup 2010/11 and the Johan Cruyff Shield 2011. He joined then during six months in 2012 the FC Porto, where he scored 4 goals in 10 matches and won the Primeira Liga 2011/12.

After Netherlands and Portugal, he moved to Turkey and Trabzonspor in August 2012. He scored only 2 goals in the Super Lig in 23 matches during his two seasons and took another direction to Australia ! He signed with FC Sydney (2014/15) where he came back to success, scoring 16 goals in 22 matches and winning the A-League Golden Boot and being selected in the Top Team of the Year in Australia !

A new World tour brought him to Switzerland and FC Basel in 2015. He stayed there two years, scoring 29 goals in 44 matches of the Swiss Super League and winning 2 Swiss Super League titles (2015/16, 2016/17) and one Swiss Cup (2016/17) ! After Basel, Janko took the direction of Sparta Prague in Czech Republic (2017/18). He played only 5 matches with Prag and scored one goal, before returning in Switzerland and play his last professional season with FC Lugano (2018/19). He scored 2 goals in 20 matches and helped his team to qualify for the UEFA Europa League. At beginning July 2019, he announced his retirement from active football. He will be consultant for TV football in Austria, his next job.