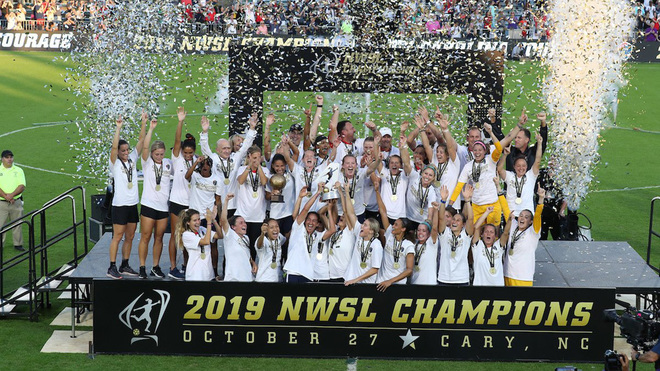 NEWS AND STATISTICS OF THE WEEK

– Manuel Neuer has played his 103 th UEFA Champions League game last tuesday in Greece. He is third in Germany ex-aequo with another great German and FC Bayern Goalkeeper Oliver Kahn in the German ranking, dominated by Philipp Lahm (112 matches) before Thomas Muller (107). The European Record is hold by Iker Casillas (177 matches) !

– Kylian M’Bappe (PICTURE) has scored already 15 goals in the UEFA Champions League at 20 years and 302 days. Lionel Messi was 21 years and 289 days old when he scored his 15th goal in the competition.

– Erling Braut Haland, the young Norwegian striker of RB Salzburg, has already scored 6 goals in his 3 first UEFA Champions League matches (against Genk, Liverpool and Neapel) ! This is the Record of the Competition in the History !

– North Carolina Courage has beaten Chicago Red Stars at the final of the NWSL and is for the third consecutive  year the USA Champion in the woman football ! Abby Dahlkemper (picture), Crystal Dunn and Samantha Mewis , who played and won the World Champion title with the USA against Netherlands in July, won also the greatest club competition in their country this year !

– Iranian women are set to freely enter a football stadium for the first time on october 10 as Iran hosts Cambodia in a World Cup 2022 qualification match at Tehran’s Azadi Stadium.

– In Germany, the women football stars were for the first time introduced last week with a ceremony in the German Hall of Fame in Dortmund ! Among the 11 female players honoured were Silvia Neid (PICTURE) , Steffi Jones, the two last Germany coaches and current coach Martina Voss-Tecklenburg, and especially Birgit Prinz, the German Top Goal Scorer.

– England women National Team will play his next game in Wembley Stadium in London the 9 November 2019 against Germany with an attendance RECORD : 90 000 ! The last record was 45 619 for an England match and the record crowd for women’s game in the country was 80 203 at the Olympic Final 2012 between USA and Japan.

At present India have two national level football leagues/tournaments. Hero I-League, is the official league of AIFF. Earlier, when India ventured into professional league structure, back in 90’s it was called as – National Football League.

Since, inception of Hero Indian Super League, ISL (actually corporate franchise based tournament not a league), the focus is being shifted to Hero ISL from Hero I-League. Now, India is in the process of merger of these two football ventures, or forming structure of League 1, League 2 format. Where in Hero ISL would be premier league with League 1 status. And Hero I-League would be League 2.

India has I-League second division, I-League U 19, I-League U 15 leagues already going on well in the country. Those leagues would remain to be as it is with newer teams (reserves, b teams, junior squads of Hero ISL franchises) from the Hero ISL

This year is the sixth edition of Hero ISL with 10 teams in the fray.

The Hero Indian Super League (ISL) was kicked off on October 12, 2014. The inaugural winners of the league were ATK, while Chennaiyin FC were the winners of the second season. The third edition of the Hero ISL saw ATK reclaim the trophy, winning their second in three years, while the fourth season saw Chennaiyin win back the trophy again. Bengaluru FC won the title in the 2018-19 season.

The league is co-promoted by Reliance, Star India and supported by the All India Football Federation (AIFF). India’s leading industrialists and celebrities from sports as well as the Indian film industry have heavily invested in the league’s ten franchises based in the following cities: Chennai, Bhubaneswar, Goa, Guwahati, Kochi, Kolkata, Mumbai, Hyderabad, Bengaluru and Jamshedpur. Till last edition FC Pune city and Delhi Dynamos, the two city based franchise were in the fray. Now, they have been replaced by Hyderabad FC and Bhubaneswar FC respectively.

The league is committed to investing in stadium refurbishment in the ten identified venues and also to a strong grassroots development programme that will create a platform to groom football talent in the country. With a mission to revolutionise the sport, the Hero ISL is positioned as a high quality and dynamic league that will elevate Indian football to an international level.

The Hero ISL mission and vision is as follows –

Season 2018-19 witnessed the previous Hero I League Champions, Bengaluru FC lifting the Hero ISL trophy. The phenomenon record of the club stretched with 6 trophies in as many years in Hero I League and Hero ISL. Bengaluru FC’s historic performances are being inspired by talismanic Indian National Football Team captain Sunil Chhetri.

ISL 2018-19 was the fourth highest followed league following Premier League in England, BundesLiga in Germany and LaLiga in Spain.

The Algerian coach (Ayat Abdel Malik ) has the shortest period for a foreign coach in Sudan . He is the coach of AL Merrikh Club Omdurman just 25 dayes from 29 September to 23 October 2019 , he take over only 3 games .. Only !!

he was sacked, after loss from the (Hay ALwady ) of ( Nyala) in the Sudanese Premier League. drew 0-0 with (Hay ALarab )of ( portsudan) League in the Sudanese league . and lost 2-0 (Wydad ) of (Morocco) in the Arab Championship .