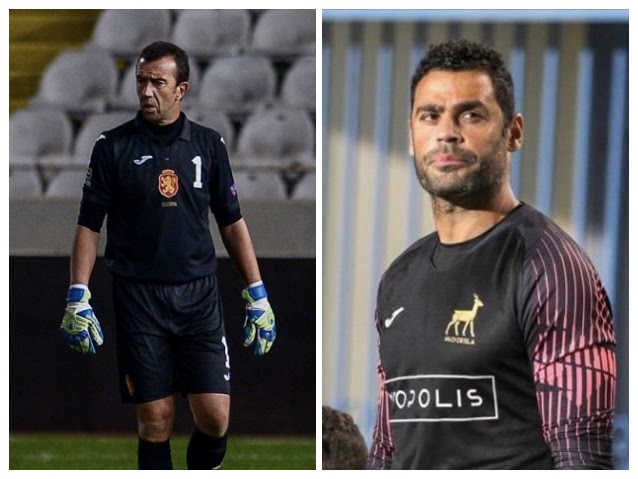 IFFHS NEWS - PETKOV AND OUSSA ENTERED IN THE CLUB "45+"

Petkov and Oussa: two active goalkeepers at 45+ yearsTwo goalkeepers have entered this season the symbolic “Club 45+ years” which contains the players to feature in the top level games at the age of 45 and older.Georgi Petkov, a reserve goalkeeper from Slavia Sofia, made two appearances in the Bulgarian top division, once as a substitute and once as a starter, spending a total of 106 minutes on the pitch (not conceding for that time!)In the second of these matches, on February 20 against CSKA Sofia (2-3), Petkov has played at the age of 45 years 343 days. All three goals in this game were conceded by other goalkeeper who came to replace him.Petkov (he turned 46 on 14 March in the meantime) has 18 caps for the Bulgarian national team and last played for them at the age of 42 years 250 days. He is the second oldest player in European national teams of all time (counting only "regular" players and ignoring those whose appearance was of an exhibition nature). And the oldest in XXI century (only Billy Meredith from Wales was older, who performed at the beginning of the XX century).The second goalkeeper in consideration is the Egyptian Oussa (full name Mohamed Abdel Monsef). He has played this year in 2 matches of the Egyptian league so far. In the second case, his age was 45 years 67 days.Oussa's next goal can be to beat the achievement of his compatriot Essam El Hadary, well known as the oldest player in the World Cup history, now retired. El Hadary has played the last match of his career at the age of 46 years 38 days.