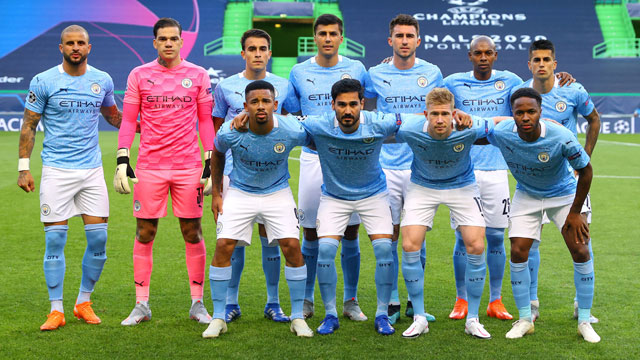 MANCHESTER CITY - 6 GAMES TO THE WORLD RECORDManchester City are going on winning every game in all competitions. Their victorious series started on 19 December 2020 and is extended to 21 games at the moment: 15 in Premier League, 3 in FA Cup, 2 in League Cup and 1 in Champions’ League.This is 6th in the top-level football history but the World record is actually not very far from “Citizens”. For reaching it, they have to win next 6 games. However, already nearest of them, the Mancunian derby on 7 March, will be a hard challenge for Pep Guardiola guys.The World record belongs to the currently best Welsh side The New Saints; it was established in 2016-17 and consists of 27 consecutive games:    21 in Welsh league, 1 in Welsh Cup, 3 in Welsh League Cup and 2 in Scottish Challenge Cup, in which the team were invited to take part.