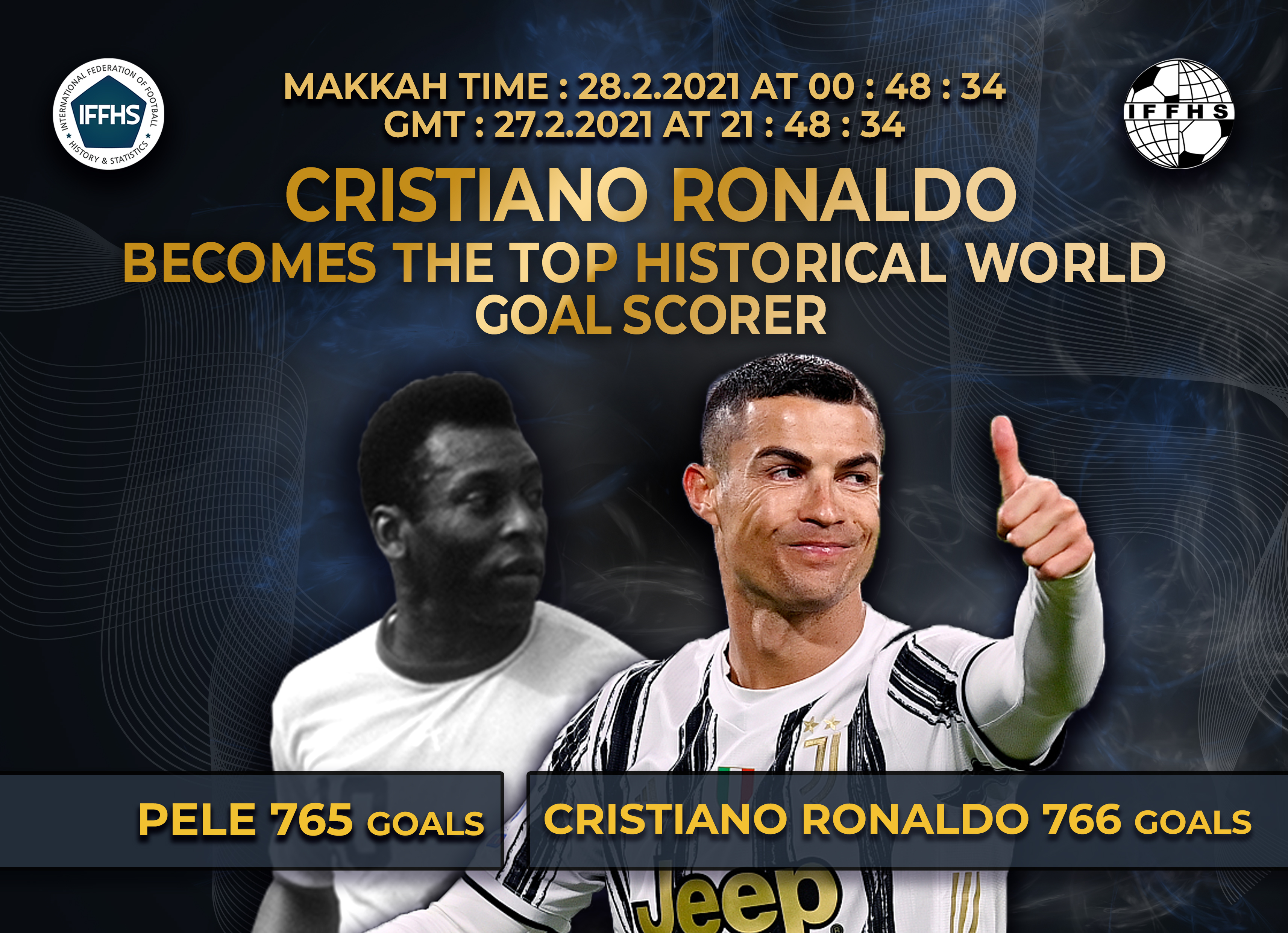 Cristiano Ronaldo becomes the new All-time World’s best goal-scorer!Today is remarkable day for world football: Cristiano Ronaldo has scored in the Italian league game Verona – Juventus his 766th top-level goal of his career. It means that old World goal-scoring record of Pele is finally beaten!Pele became World record holder on 29 June 1975 when he scored 2 goals for New York Cosmos in the game against Washington Diplomats (9:2) in frame of NASL championship (strongest soccer division in USA of that time). Raising that day his tally to 730 goals, “O Rei” surpassed Ferenc Puskas who was the best striker of all times before him.Since then, Pele has played 2 years more and finished in 1977 with 765 goals (counting only those which were scored in official top-level games).Decade after decade, no one of strikers worldwide was able to overcome Pele in his extraordinary achievement – until Cristiano Ronaldo finally did it on 27 February 2021 at 21h 48 mn 34 sec . A simple calculation gives that Pele owned the goal-scoring record 45 years and 243 days – almost half of century!

Pelé and Cristiano Ronaldo : two generations and two Legend Players !
In the table below, the milestone goals of both Pele and Cristiano Ronaldo are listed: in which game the scored 1st, 100th, 200th etc. goals. We mention also the exact age (year and days) at scoring everyone of historical goals as well as the time which they both took for scoring another hundred of goals (“between”).As you can notice, Pele was especially prolific at early stage of his career when he took actually less than 2 years for adding a new hundred; then he slowed down in the second half of his career. Contrarily, Cristiano Ronaldo was very shy at the start (took more than 5 years for the first hundred!) and sharply accelerated thereafter. While Pele at scoring 500th goal has not yet turned 25, Cristiano Ronaldo reached this milestone being already 30 years old!