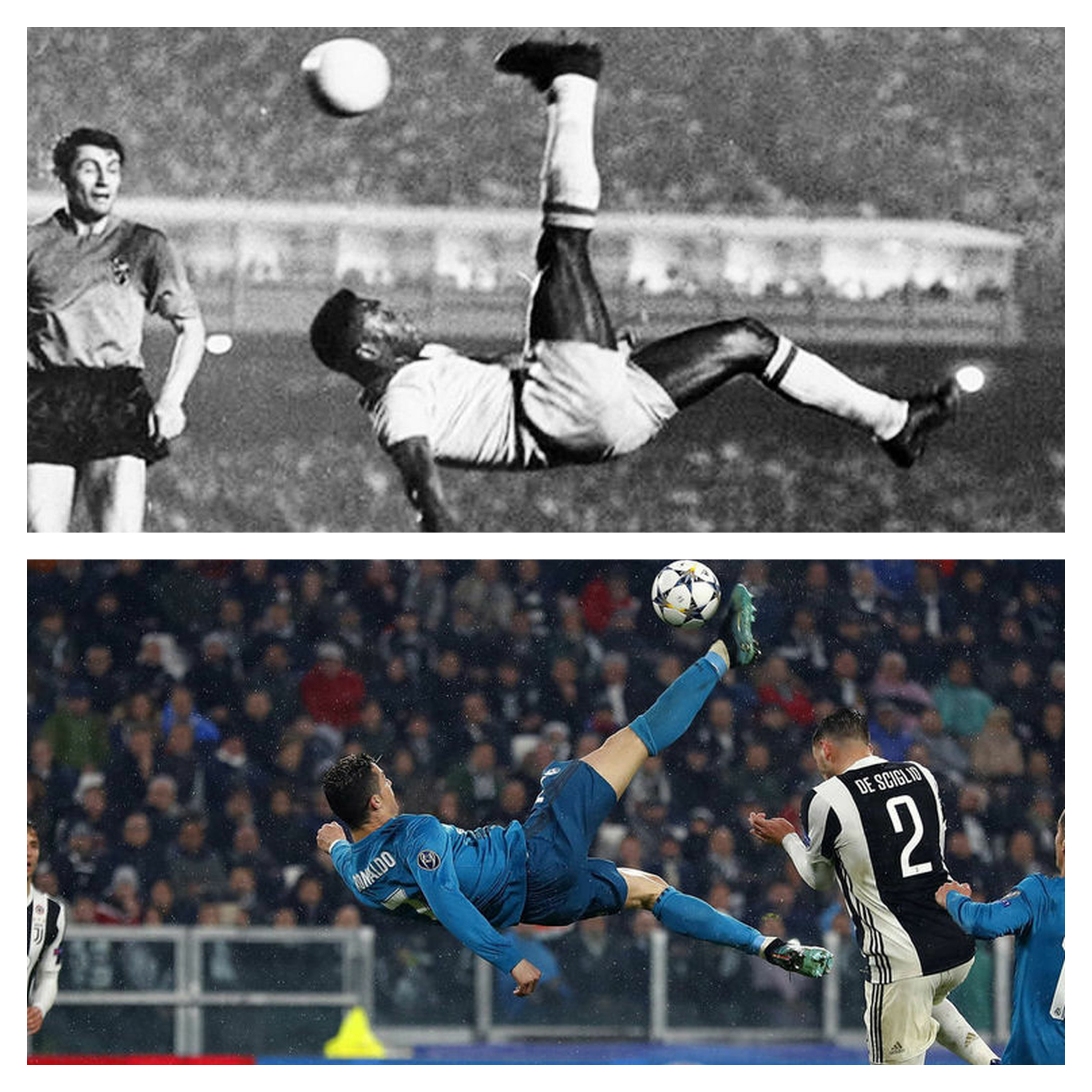 Picture : Pelé and Cristiano Ronaldo in the Air !

In today game of Serie A Verona – Juventus, the new All-Time World goal-scoring record can be established. For this, Cristiano Ronaldo has to score at least one goal.
Since a long ago, there was some confusion in number of goals scored by Pelé in several competitions, particularly, in Campeonato Paulista. Multiple media and sources put different statistical data. After careful examination, the accurate number of his official top-level goals resulted 765; exactly as many as Cristiano Ronaldo has at the moment. So, the next goal will make him the new solitary World record holder.