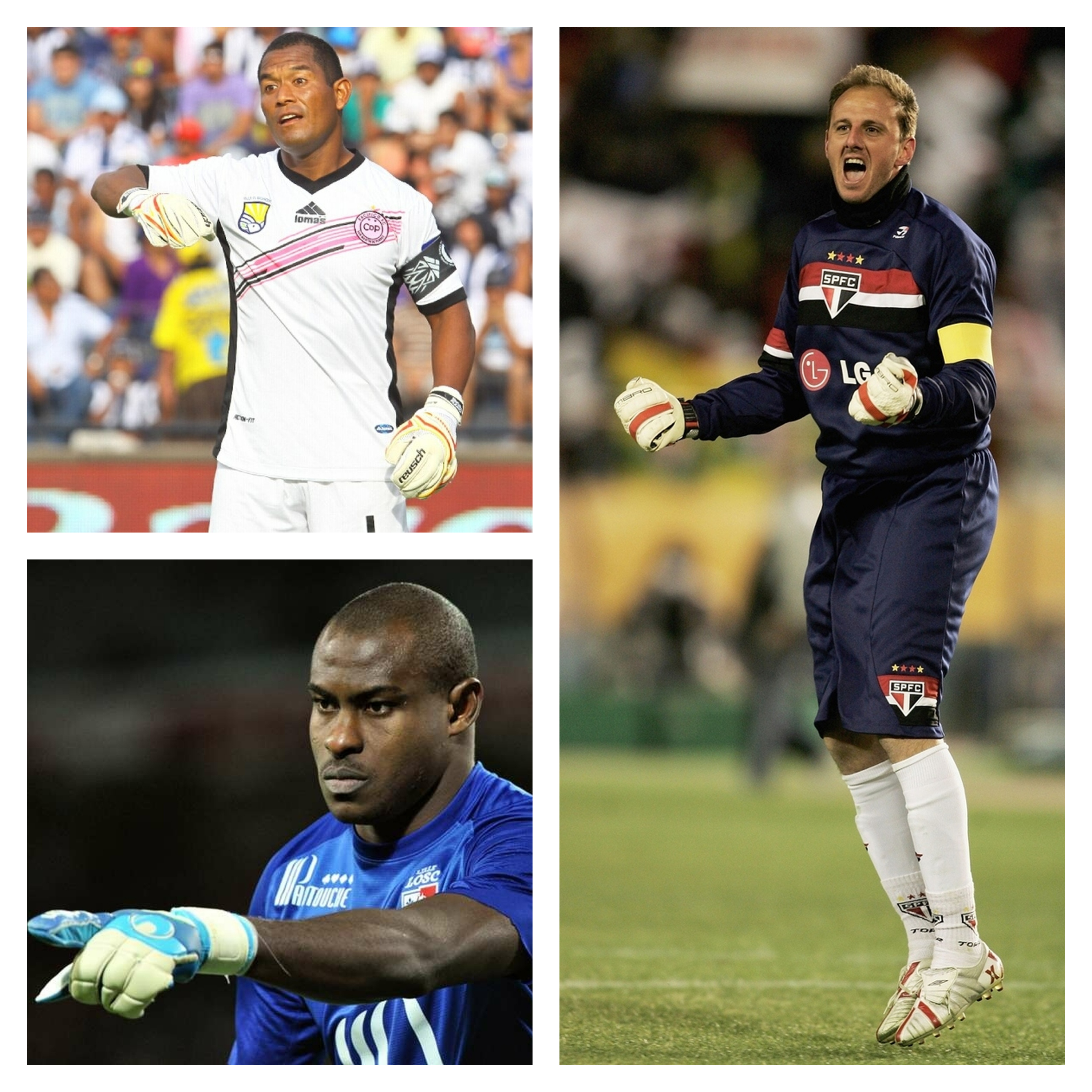 Picture : the Top 3 of the Century Ranking : Ceni, Vegas, Eniyama.

Rogério Ceni dominates the category of most scoring goalkeepers in XXIst century. He has scored 112 goals since January 1, 2001 until finishing his career in 2015.

From this amount, 67 are the converted penalties, 44 direct free-kicks (Picture)and 1 indirect free-kick (he kicked the rolling ball).
Nearest to the leader, the Peruvian Johnny Vegas, achieved three times less goals than Rogério Ceni, 37 goals.
Total 17 goalkeepers have currently scored 10 and more goals in the top world football in XXIst century. They are gathered in the table below. Only 4 of them are still active (marked bold in the table). All four are pretty aged (36 to 40 years). So, nothing menaces the Rogério Ceni’s (whose total tally with the goals scored in XX century makes 129) leadership in foreseeable future.
The scoring goalkeepers is mainly phenomenon of Latin-American football. 12 players out of 17 are from this region (including Phan Văn Santos who played for Vietnam but has Brazilian origin).