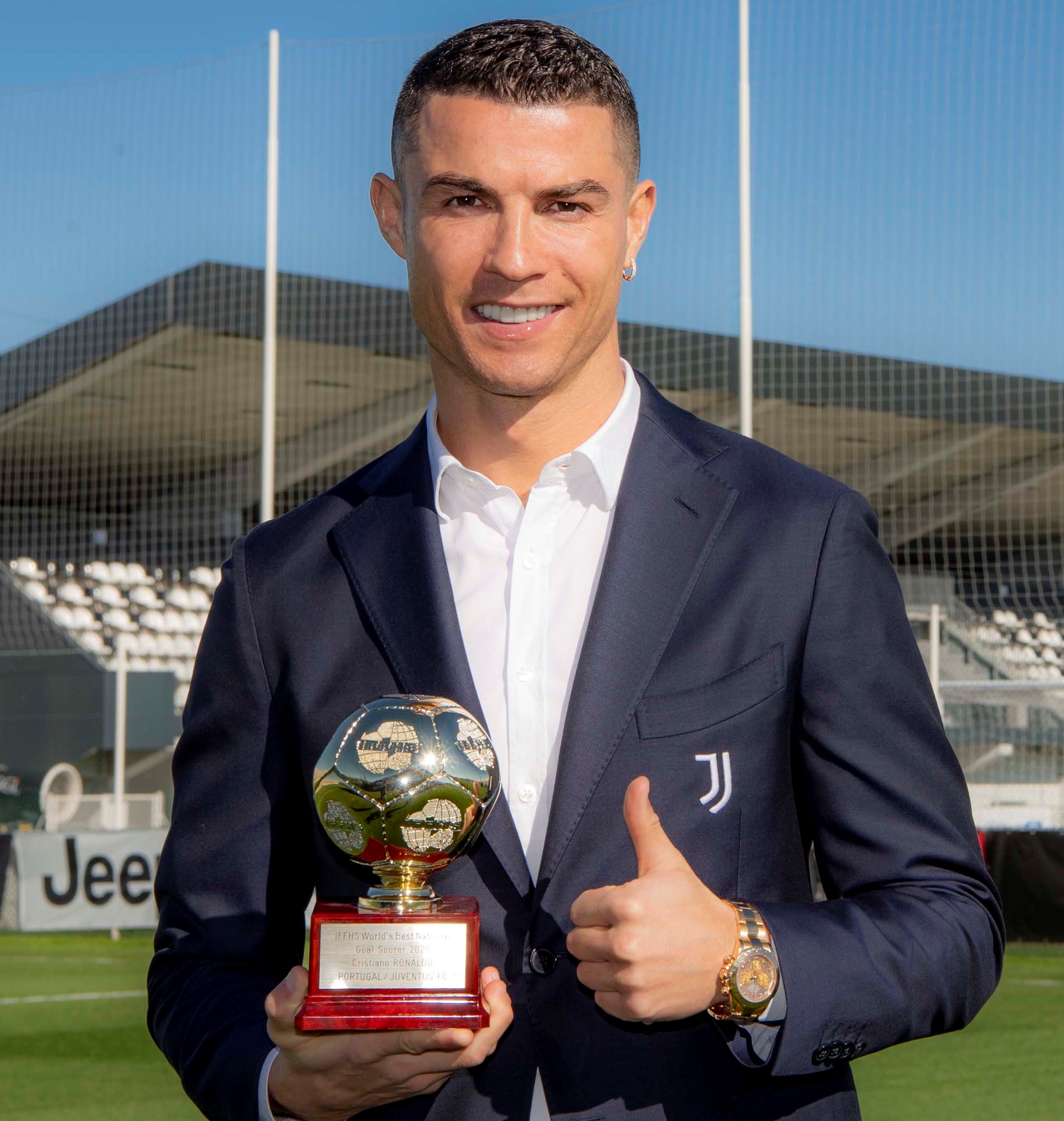 Picture : the IFFHS Award number 8 for Cristiano Ronaldo in the 7 last years !

ONE MORE FOR CRISTIANO RONALDO

Yesterday, Cristiano Ronaldo received in Turin at the Juventus Center the IFFHS Award of THE WORLD’S BEST NATIONAL GOAL SCORER 2020 !

The same day, he became the first person in the WORLD to reach 500 millions followers on social medias (Instagram 261,7 M, Facebook 148 M, Twitter 91 M). He beats also record after record in the Goal Scorer World History and it is no doubt that Cristiano Ronaldo entered in the History of the Football game for ever !