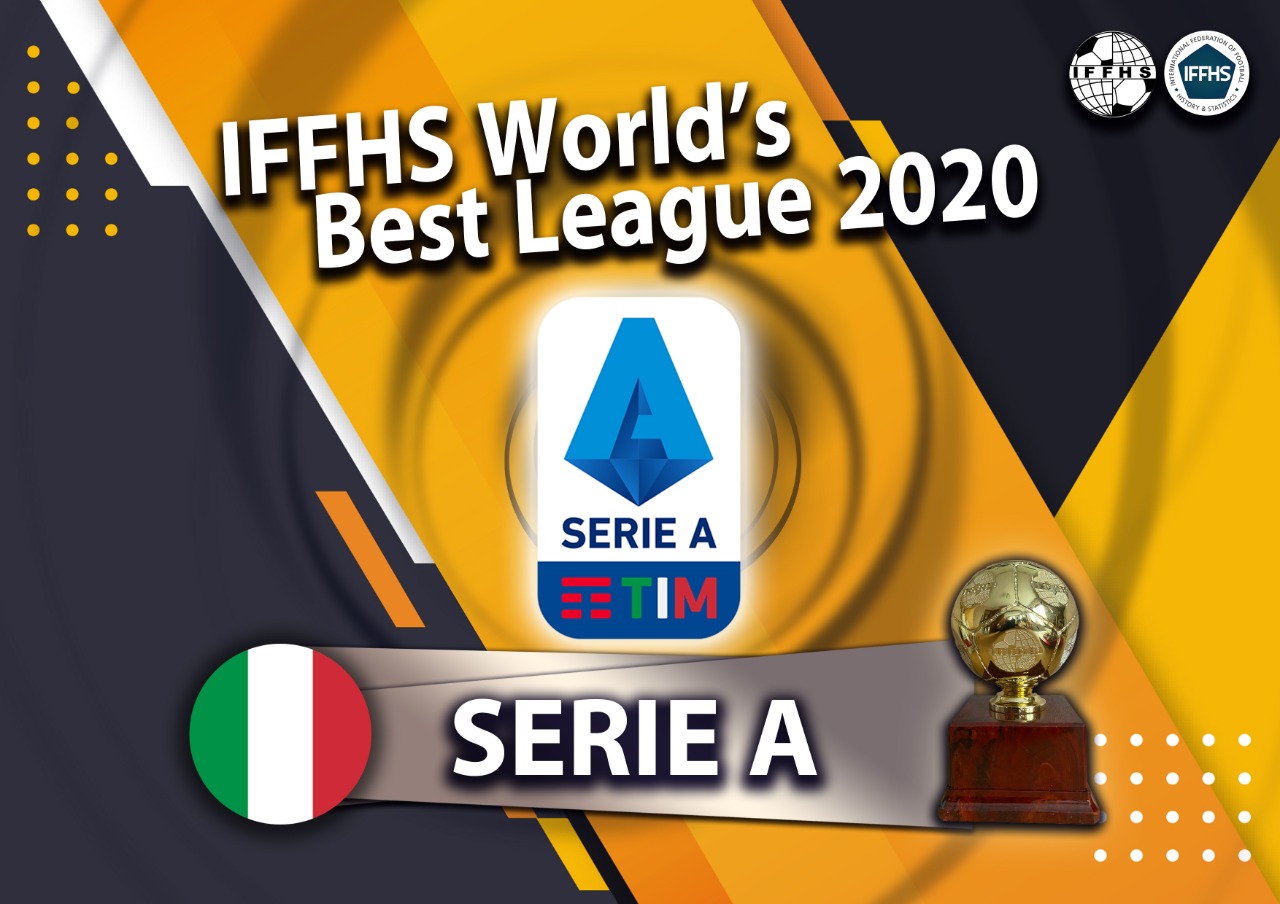 Picture : The SERIE A of Italy wins 14 years after the last Award !

14 years later, the SERIE A of Italy is again the WORLD’S BEST NATIONAL LEAGUE by IFFHS !

Between 1991 and 2006, Italy dominated the World’s Leagues (10 Awards) before that England and Spain took the hand over the ranking.

With 3 clubs in the World’s Top 7 of the CLUB WORLD RANKING, the SERIE A takes the first place to England ‘s PREMIER LEAGUE, second in 2020. The SERIE A of Brazil is again the Best in South America and keeps also his third place in the World since 4 years !

La PRIMERA DIVISION of Spain, winner of the World Ranking between 2010 and 2018, lost again a place to finish at the 4th rank , just before the BUNDESLIGA of Germany, winning 5 places (number 10 in 2019).

Portugal’s PRIMEIRA LIGA (place 6 in 2019) keeps his position like the LIGUE 1 of France, seventh since 2018. The DIVISION PROFESIONAL of Paraguay makes a jump to place 8 in 2020, the best result since the creation of the IFFHS Best World Leagues Ranking in 1991.

La PRIMERA DIVISION of Argentina and la LIGA PRO of Ecuador complete the Top 10, Ecuador enters for the first time in the History in the World Top 10.