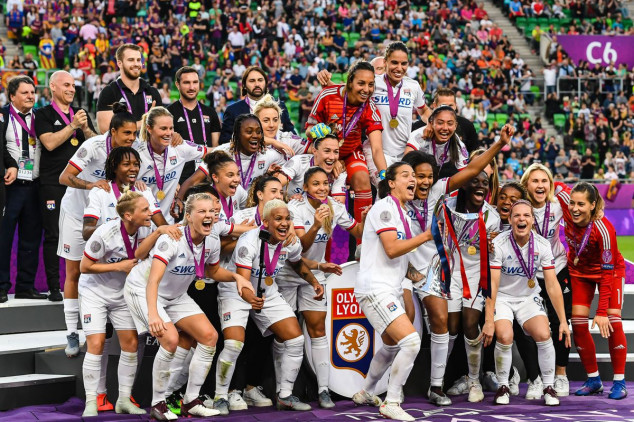 Every club in the world has its own culture and method of operation, but few clubs come close to Olympique Lyonnais. President Jean-Michael Aulas introduced a one of a kind business model cleansing the club of its depts after taking over in 1987 and promoting it to the Ligue 1 just three years after. Since then, Lyon has become one of the model clubs in the world and perfected its successful business model applying it to Olympique Lyonnais Feminin after acquiring an already established FC Lyon in 2004. Result : 14 consecutive national league titles and 7 UEFA Champions League (5 consecutive from 2016 to 2020) !

Les « Lyonnaises » have cemented their dominance over the world of women's football once again claiming the 2020 IFFHS World's Best Woman Club award for the sixth year in a row. In fact, this is their seventh since 2012 with VFL Wolfsburg winning it in 2013 and 2014. This is also Lyon's fifteenth IFFHS Award since 2012, seven for the club, four for goalkeeper Sarah Bouhaddi , three for Playmaker Dzsenifer Marozsan and one for Team Coach Jean Luc Vasseur.