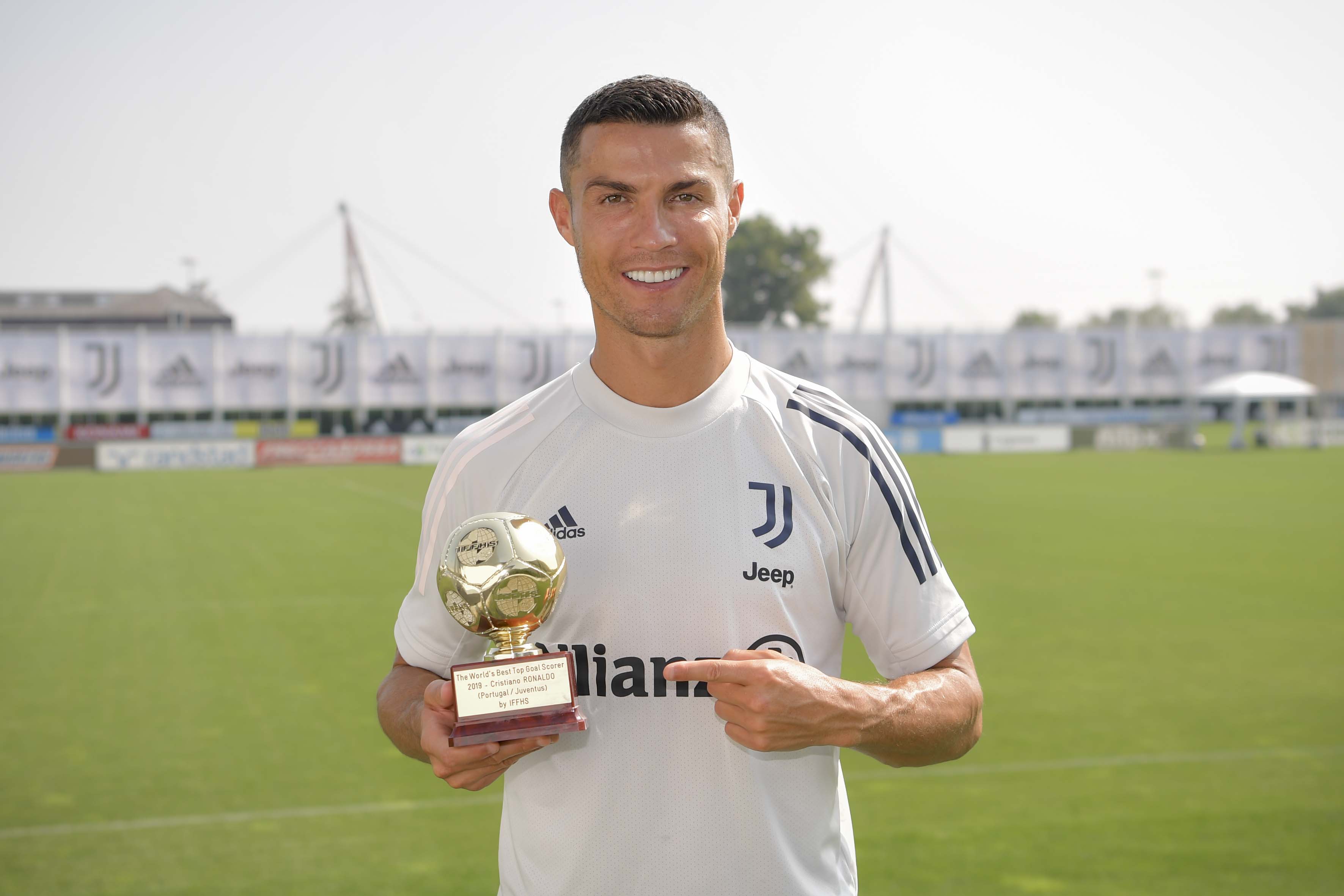 Picture : Cristiano Ronaldo with the IFFHS Trophy in Turin at Juve Center yesterday.

Cristiano Ronaldo has received yesterday his seventh IFFHS Gold Trophy for winning the Award 2019 of THE WORLD'S BEST INTERNATIONAL GOAL SCORER (announcement on 2 January 2020). This Award crowns the World's Best Goal Scorer in international matches with his country and his club during the year.