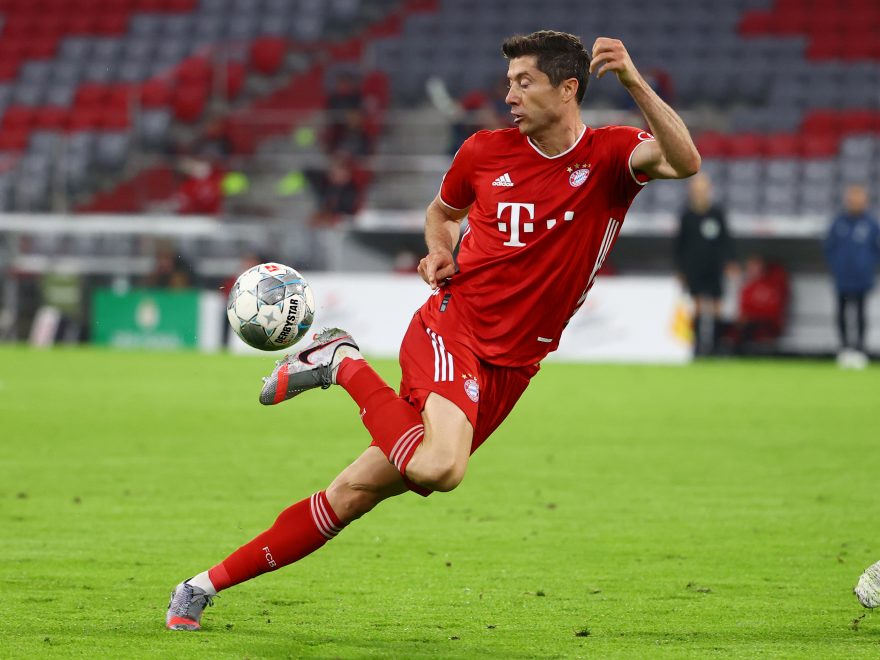 Picture : Robert Lewandowski shares the head of the ranking with Cristiano Ronaldo (picture down).

Robert Lewandowski and Cristiano Ronaldo , two winners of IFFHS Awards in the last years, are the leaders of this new IFFHS Ranking for national and international goals in the year from 1 January to 31 December.

Behind the duo, 4 players have showed their great talent this year, two African, Morocco's Hamdallah (picture down) and Cameroon's Nsamé, Estonia's Sappinen and Brazilian Junior Negrao. They have a total of 21 goals.

The month of September can bring many changes in the ranking because of the quantity of national and international matches, so it will be a great battle to win this Trophy, the first time that the IFFHS organise it officially !