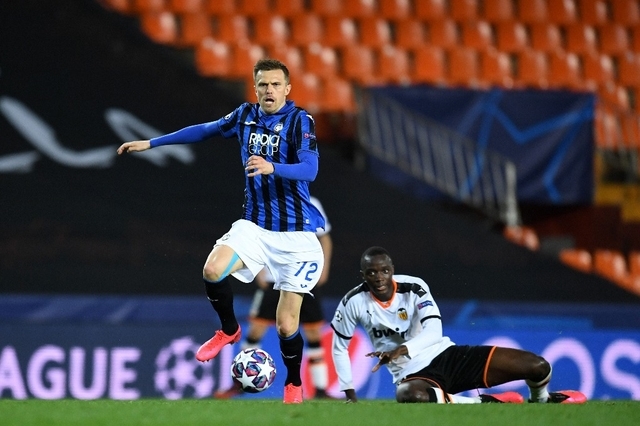 IFFHS STATISTICS AND NEWS OF THE WEEK 11

ILICIC WITH MESSI AND RONALDO

The Copper Queens eliminated the Lionesses of Cameroon yesterday on the strength of the away-goal principle 6-5 to qualify for the Tokyo 2020 Olympics for their first time ever. They defeated Cameroon 2-1 three days after they had lost away to the Cameroonians  2-3 in a Yaounde thriller. However, the Cameroon head coach, Alain Djeumfa insisted in a post-match press conference that they had protested to CAF after they claimed their opponents fielded masculine players in  both matches. However, the Copper Queens insist the two players under focus are females with high testosterone levels.

With that victory that marked the 5th Round of Qualifiers for the CAF Women’s Olympic Qualifying Tournament, Zambia join  Japan, Brazil, New Zealand, The Netherlands, Canada, USA, Sweden and Great Britain(with players from England, N. Ireland, Scotland, Wales) who have all qualified. The field of 12 to make it to the Ladies Tournament in Tokyo will be complete after Cameroon and Chile produce a winner from the CAF-CONMEBOL playoff, and two representatives from the Asia Football Confederation.

15-year-old Cameroonian-born German national, Youssoufa Moukoko of the Borussia Dortmund youth team has set a new goal scoring record in the Bundesliga U-19 after tallying 20 goals in 34 matches in the current season. His pace, guile, and enigmatic showing this far has prompted coach Lucien Favre of the senior team to include him already in his training camps with the possibility, by DFB Statutes, of a compulsory match participation in the Bundesliga during the 2021/22 season.

Born on November 20, 2004 in the Muslim Briqueterie neighborhood of Cameroon’s capital city of Yaounde, Youssoufa who grew up with his grandparents was taken at 10 to Hamburg in Germany where his father has been a German citizen since the 90s.  Upon arrival there, he was immediately recruited in the FC St Pauli  U-13 scoring 23 goals in 13 matches from 2014-2016 before moving to Borussia Dortmund. At 13, he made his debut  in the U-17 Bundesliga scoring 6 goals in their 9-2 defeat of Wuppertaler SV. He became the youngest player to play in UEFA Youth league when he played against Barcelona on September 17, 2019. And when he scored against Inter Milan in their 1-0 win on October 23 same year, he became the youngest scorer in the Youth League.

They are 3 Goalkeepers in the CAF Champions League 2019/20 to have clean sheets in the five games : Moez Ben Chrifia (Tunisia/Esperance Tunis), Mohamed El Shenawy (Egypt/Al Ahly SC) and Anas Zniti (Morocco/Raja Casablanca). For the Goal Scorers, Karim Aribi (Algeria/Etoile Sahel) (PICTURE) leads the ranking with 11 goals before Jackson Muleka (Congo/TP Mazembe) 7 goals.  For the first time, the semi finals will concern 4 clubs of only 2 countries (Morocco and Egypt).

RB LEIPZIG AT THE TOP

RB Leipzig became this week only the seventh German club to reach the Quarter Finals of the UEFA Champions League in the History. In 2010, the club played in the fourfth Division in Germany ;  in 2013 in the Third Division, in 2014 in the Second Bundesliga and only since 2016 in the Bundesliga ! Leipzig took part at his first UEFA Champions League already in 2017 and in 2020, the club want more …

The president of United States Soccer, Carlos Cordeiro, announced his resignation from the Federation last Thursday. The decision came amid the on-going gender discrimination lawsuit filed by players on the U.S. Women’s National Team. The lawsuit had much to do with Cordeiro’s resignation, especially after court filings showed that the USSF’s defense included sexist language calling the women’s players less skilled with less responsibility than their male counterparts. In response, the four-time World Cup Champions donned their warmup jerseys inside-out before defeating Japan for the SheBelieves Cup title Wednesday night (Picture) hiding the U.S. Soccer logo to make a statement. With sponsors upset and some good old public outrage, the USSF issued an apology for offending its talented star athletes and even changed their legal representation. It looks like they knew it wouldn’t be enough, however, with Cordeiro announcing his resignation one day later.
With Cordeiro out after serving the USSF for the past 13 years, Cindy Parlow Cone, USSF vice president and former USWNT player, now will serve as president.

The virus is working its way through society and today many footballers are among to have tested positive. Leagues and competitions everywhere have been forced to postpone games while doubts linger over the future competitions as Governmets battle to slow the spread. The virus does not discrimate and footballers despite being incredibly fit athletes are just as susceptible getting the coronavirus as anyone else.

Football authorities in many countries are braced for a total shutdown of the game until at least September ! It’s real that Covid-19 outbreak reached such a point of crisis across the World and football has not escaped the effects. No of us know in this moment what the final outcome will be, but all of us have to put their health first.