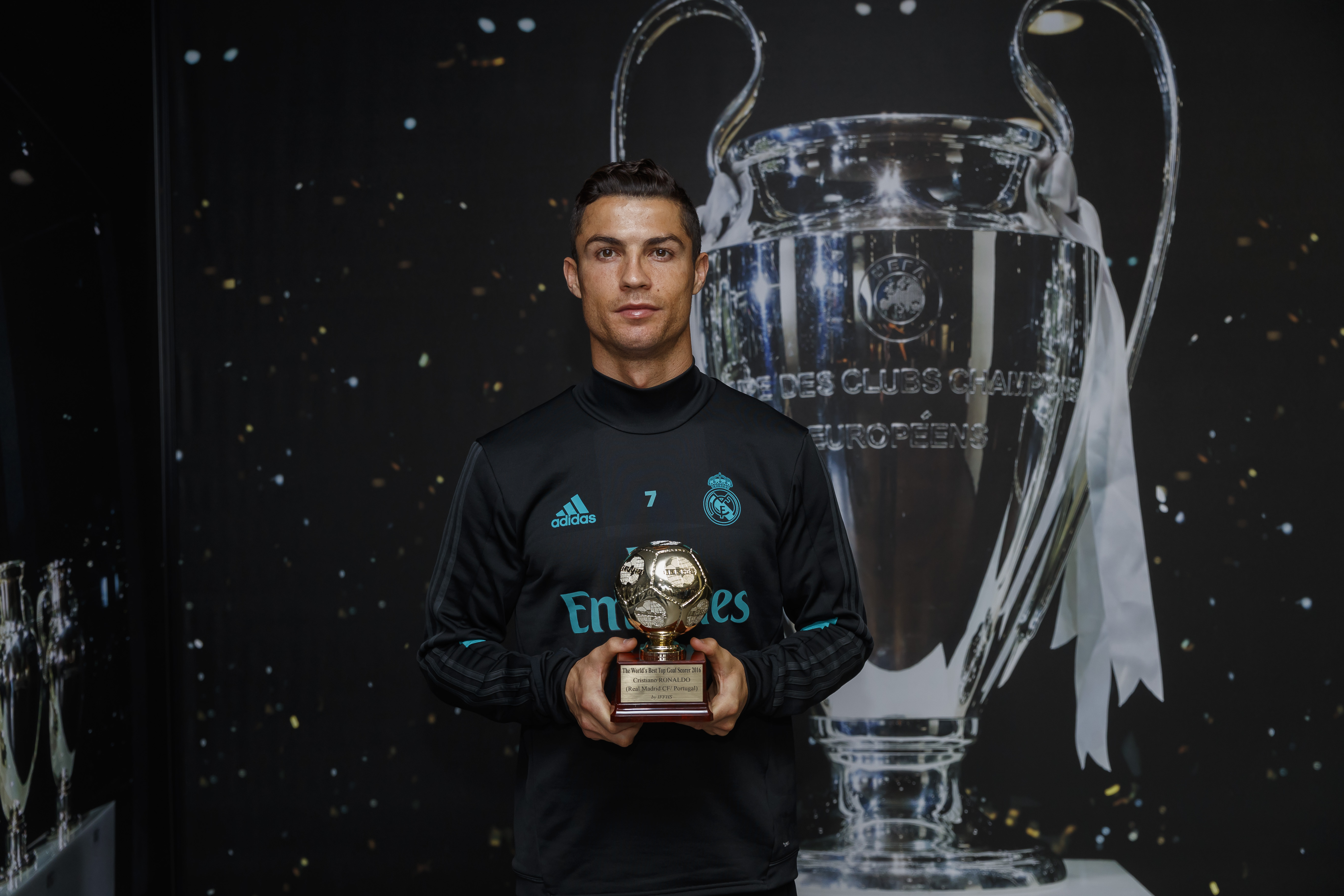 Cristiano Ronaldo set a new World Record by end of October 2017, scoring 26 international goals since beginning of the year. He scored 11 goals for Portugal and 15 for Real Madrid CF, overcoming his own record in 2013 and Lionel Messi’s record in 2012, both 25. And he can add some goals more in November and December to pulverize the record !

Cristiano Ronaldo received last week in Madrid the 2016 IFFHS Trophy of THE WORLD’S BEST TOP GOAL SCORER (picture), his third after 2013 and 2014. And he will probably win his fourth Trophy in 2017 because nobody can really catch him in the last two months !

Ronaldo also scored the most goals in both levels, country and club.

35 players scored 8 or more goals. They are classified as follows :