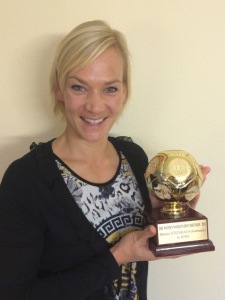 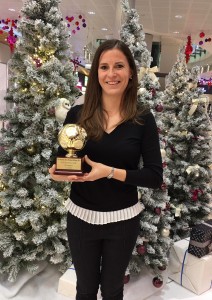 Outstanding referee Bibiana Steinhaus made it a double for German football when she won the 2017 IFFHS vote as The World’s Best Woman Referee in same time that Felix Brych by the men.

91 Experts and journalists from all continents crowned Bibiana Steinhaus for the third time after 2013 and 2014 to The IFFHS World’s Best Woman referee 2017 with a convincing advance.

She began her referee career in 2005, leaded matches of men Second Bundesliga  and woman international matches since 10 years, for example the World Cup final 2011 in Germany, the Olympic Games final 2012 in England and the Champions League final 2017 in Wales.

The Swiss referee Esther Stäubli took a brilliant second place in the ranking, she became this year the first woman referee to lead a men World Cup Under 17 match in India.

Behind her, the two last winners Katalin Kulcsar (2016) and Katerina Monzul (2015) were preceded at the third place by the French Stephanie Frappart, revelation of the season.