OLYMPIQUE LYON ON THE TOP ! 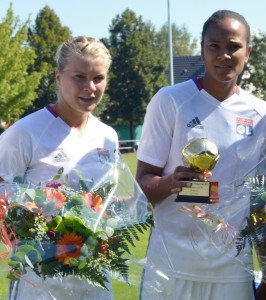 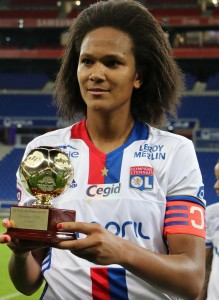 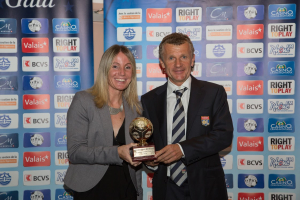 French club Olympique Lyon once again displayed its domination of women’s world football when  it won his fourth Award in six years by claiming the 2017 IFFHS Best Women’s Club .

Football experts of 91 countries had little difficulty in awarding Olympique Lyon a massive 303 points with a long gap to Paris SG second on 79 points and Germany’s VFL Wolfsburg third on 78.

Formed as the women’s section of FC Lyon in 1970, the woman’s club became the women’s section of Olympique Lyon in 2004. Since joining Olympique, Lyon has won the French First Division eleven times in a row and seven Coupe de France titles, six in a row. The club since 2009 has qualified for six finals of the UEFA Champions League and won four european titles in 2011, 2012, 2016 and 2017 !

In 2017, the coach Gerard Precheur and his team consisting of 24 international players from seven countries repeated their Triple of the previous year in winning the French Championship, the French Cup and UEFA Women’s Champions League.

And it doesn’t look like ending soon as the new season has brought new stars like England’s Lucy Bronze and  Netherland’s  Shanice Van Der Sanden, revelation of the last Euro with a new coach Reynald Pedros and a style of attractive offensive football.