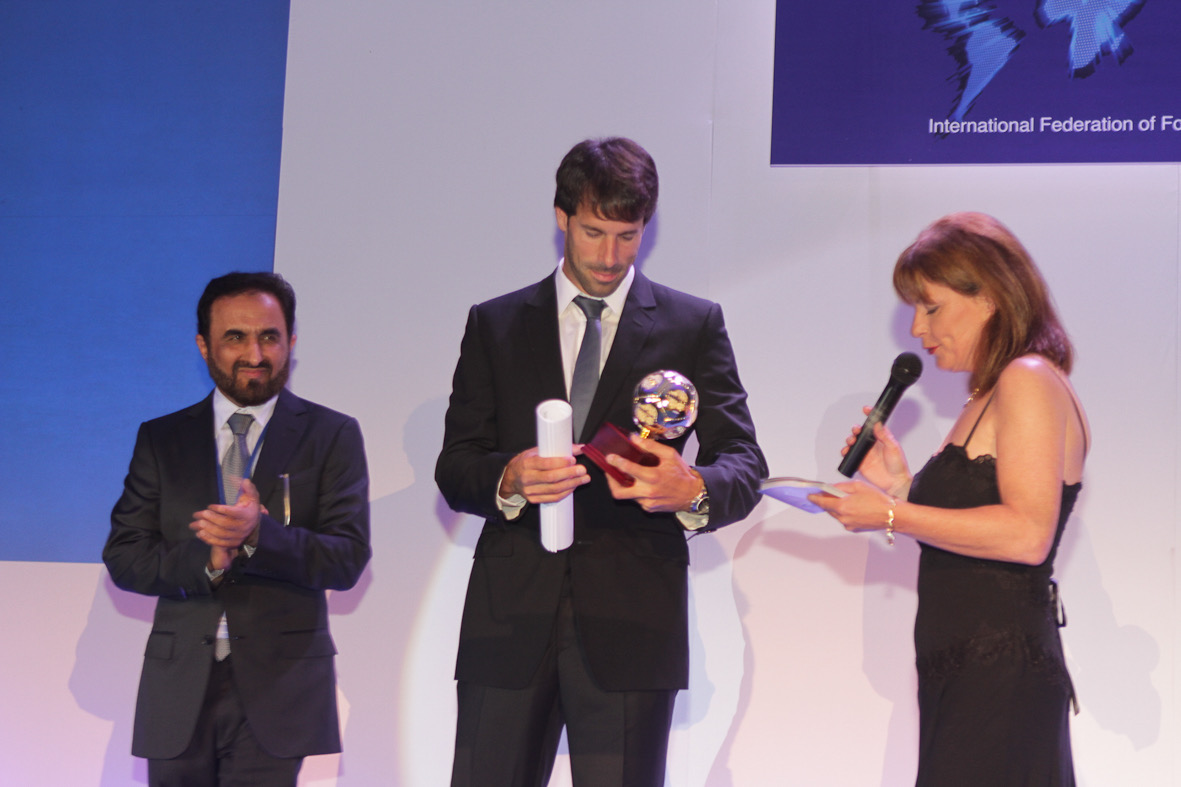 Picture : “Ruud” Van Nistelrooij honoured by the IFFHS in Barcelona (may 2012). 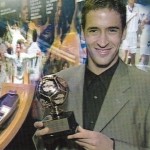 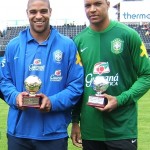 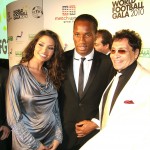 Didier Drogba took the third place of the ranking of the First Decade.

The World Goalgetter of the First Decade corresponds to almost a combination of the annual World’s Best Goal Scorer for the years from 2001 to 2010.

Only international goals scored in the following competitions and matches were taken into consideration :

– All full “A” Internationals

“Ruud” Van Nistelrooij scored the most goals in this period, 33 with his national team and 53 with his clubs to have a total of 86 goals, just one goal more than Thierry Henry, the French striker,

The Top 15 consists of 10 European, three Africans, one South American and one Central American. These “Top 15″ makes visible who were the most successful international goalgetters of the first decade of the individual continents – presupposed that they are placed in a higher part of the World ranking.

The most successful international goalgetters among the classic midfielders, who take a defensive and offensive role on the field of play – in the ranking were the German Michael Ballack and the Englishman Steven Gerrard (57 goals each).

For the next decade (2011-2020), Cristiano Ronaldo (4 Awards) and Lionel Messi (2 Awards) dominate the ranking and will beat all records of goals, that is sure …