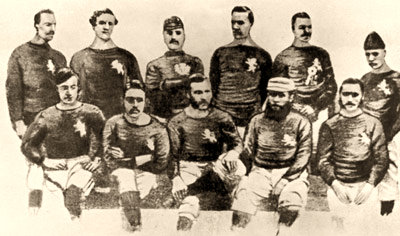 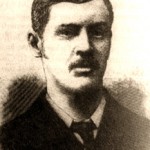 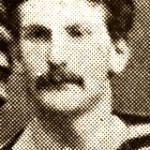 All curiosities published by IFFHS are authentic facts and numbers and all have a relationship to national or international competitions and full “A”internationals.

14 forwards and not one goal

For the world’s first full “A” international – in Glasgow on November 30, 1872 – hosts Scotland fielded a 2-2-6 tactical system while England still fielded the old 1-1-8, yet the match ended a scoreless draw. At half-time, England’s goalkeeper Robert Barker and winger William John Maynard switched positions.

The first foreign legionnaires in a national team

The first national players who belonged to a club not affiliated to the national football association whose jersey they wore, were two Scots who played in the second full “A” international in London on March 8, 1873. Onewas Colonel Henry Waugh Renny-Tailyour (9.10.1849-15.6.1920), who was born in Mussoorie, India, and played for the English club Royal Engineers Chatham as well as Scotland’s national football and rugby national teams. His Scottish team mate John Edward Blackburn (30.4.1851-29.9.1927), who was born in Edinburgh and played for the same English club, attended the Royal Military Academy in Woolwich (London) and during the 1880’s served as colonel in Egypt and the Sudan. The third player in this category was Arthur Fitzgerald Kinnaird (16.2.1847-30.1.1923), who was born in Kensington (London) and was captain of The Wanderers (London). Kinnaird was an educated all-round sportsman. Although Renny-Tailyour and Kinnaird were not eligible to play for Scotland according to the rules then used in Great Britain, the FA had no objections, and India was a British colony at the time.

The first African-born players in an FA Cup final

The first FA Cup final which featured African-born players was the 1874 final between Oxford University and Royal Engineers (2:0). The pioneers were two brothers – one on each side. William Stepney Rawson (14.10.1854-4.11.1932), who was with Oxford University, was born in Cape Town, South Africa, while his sibling Herbert Edward Rawson (3.9.1852-18.10.1924) played for Royal Engineers and was born on Mauritius, an island located in the Indian Ocean east of Madagascar.

A Mexican on the English national team

England’s outside left during their full “A” international on March 6, 1875, was Richard Lyon Geaves (6.5.1854-21.3.1935). He was born in Mexico, attended Harrow School and Caius College in Cambridge (England), played for Clapham Rovers and Old Harrovians, joined the 14th Prince of Wales Yorkshire Regiment and achieved the rank of a captain within six years, before he left in 1881. The British rules applied to all except, of course, the FA (London) itself.

The English national team begun to play without goalkeeper

Nobody knew that the Scottish international had only one eye

When Scotland beat Wales 4:0 in Glasgow on March 25, 1876, one of the Scottish goal scorers was James J. Lang. He lostan eye during a shipyard accident, but kept quiet about it. “Reddie” Lang continued to keep it a secret when he transferred from Clydesdale FC (Glasgow) to Sheffield Wednesday FC in October 1876, then aged 25. The reason for his secrecy was that he did not wish his opponents to take advantage of his handicap.

The first Oceanian on the English national team

When England lost 0:3 to Scotland in Glasgow on March 4, 1876, the English goal was kept by Arthur Henry Patrick Savage, who was born in Sydney (Australia) in 1854. He played for Crystal Palace (London) and was known not only for his powerful shot, but also his big mouth.

For 125 years, Scottish forward Henry McNiel (Queen´s Park FC Glasgow) appeared as “Harry McNeil” in British publications. Yet he was a Scottish record international and one of seven footballing brothers – his younger brother, Moses McLay McNiel, also played for Scotland twice – and died in June 1924 at the age of 71. The correct spelling of Henry’s surname was only confirmed when an IFFHS member checked his birth certificate.

Another Asian on the English national team

When England lost 1:3 to Scotland in London on March 3, 1877, the English defence included William Lindsay (3.8.1847-15.2.1923), who was born in India, attended Winchester College in England and from 1865 to 1900 worked at the London branch of an Indian company. He played for The Wanderers (London) and also was a very good cricketer. William Lindsay was the third Indian – after Henry Waugh Renny-Tailyour and William Slaney Kenyon-Slaney – to play for a British national team.

Oxford and Cambridge also part of the football elite

Oxford and Cambridge, two of the top English educational institutions then as now, also fielded strong football teams. After Oxford University won the FA Cup in 1874, and reached the Cup final in 1873, the 1877 edition of the FA Cup would have seen a clash of these two university sides, but Cambridge University lost 0:1 to eventualcup winners The Wanderers (London) in the semi-finals. In the following two seasons, Cambridge and Oxford each reached the eighth- and the quarter-finals of the FA Cup.

Doctor on the national team suspended

In 1879, Dr. John Smith of Scotland was the world’s most successful international scorer. After finishing his studies at the Ayr Academy and Edinburgh University, he joined Queen’s Park FC (Glasgow). He also was one of the mainstays of the national team. Physician John Smith, who often played under the pseudonym J. C. Miller, at times was also a guest player with Corinthians FC (London), Swifts London and Liverpool Ramblers. His undoing was playing for Corinthians against a professional English club in 1885, for he had infringed the amateur statutes and the Scottish FA barred him from ever playing for or against any Scottish club and also he was never again selected  for the Scottish national team. Thus he would never pass his mark of the ten full “A” internationals which he played from 1877 to 1884, in which he scored ten goals. He was only 29 year-old at the time and was considered the best Scottish inside forward. Earlier, in 1876, he had also been a reserve player on the Scottish national rugby team. He practised medicine in Brycehall (Kirkcaldy), and occasionally officiated as a referee.

Full “A” international kicked off with only ten players

England met Wales for the first time ever on January 18, 1879 (final score 2:1). Due to the bad weather in London, the two captains had agreed on two halves of 30 minutes each, to which English referee SegarRichard Bastard consented. As his train from Sheffield was running late, England wing half-back William Edwin Clegg only arrived on the pitch 20 minutes after kick-off. Thus England started the match short-handed since at the time reserve players were, for financial reasons, not nominated; and substitutions were not allowed back then.

When England lost to Scotland (4:5) in Glasgow on March 13, 1880, the English side included inside forward Samuel Weller Widdowson (16.4.1851-9.5.1927) from Nottingham Forest. “Sam” Widdowson attended Hucknall Torkard School and the Peoples College in Nottingham, after which he joined his home club, Forest FC, in 1866. He was a versatile sportsman, a good centre forward and leader, outstanding in track and field, where he excelled as a sprinter and hurdler, and also a good cricketer with Notts County. By profession a shoe lace trader, he was the inventor of the shin guard, for which he received a patent in 1874.

Thomas Johnson Britten of Wales played his second and last full “A” international on March 27, 1880, when Wales met Scotland in Glasgow (final score 1:5). The Welsh forward (1858-24.10.1910) played for Presteigne FC, Parkgrove (Glasgow), Granthamand Brentwood (London). In June 1887, mining engineer Britten emigrated to the Transvaal, South Africa, where he was very successful and also was an advisor to Rhodesia. He married the cousin of South Africa’s prime minister (General Louis Botha) in Johannesburg.