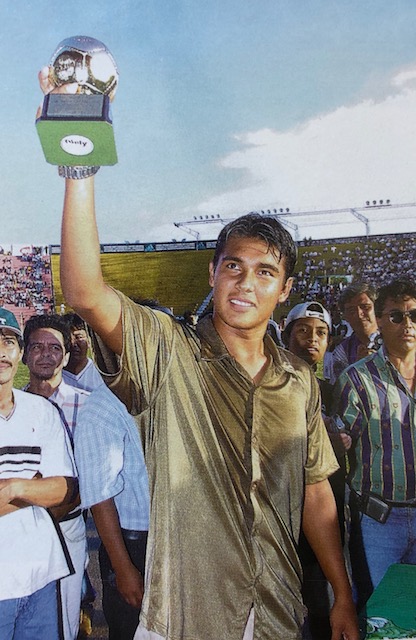 Jose Alfredo Castillo presents the IFFHS Awards to his fans in the stadium of Santa Cruz !

Jose Alfredo Castillo Parada, born on 9 February 1983 in Santa Cruz de la Sierra (Bolivia), is known in the World of football for his Award THE WORLD’S BEST TOP DIVISION GOAL SCORER 2001. He was only 18 years old and won the IFFHS ranking with 42 goals in the season !

Castillo has been capped for the Bolivian National team 24 times, scoring six goals in international competitions.