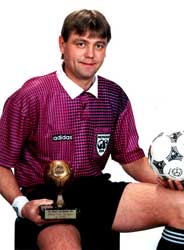 He was the referee of the Champions League final 1997 between Dortmund and Juventus and the UEFA Cup final 1993 between Juventus and … Dortmund.

At the FIFA World Cup 1994 in the USA, he directed 4 matches and essentially the WORLD CUP Final between Italy and Brazil.

In the UEFA competitions, he supervised 1 match at the EURO 1992 in Sweden and 2 matches at the Euro 1996 in England.

He was really appreciated by the football world for his calm authority , so he whistled 62 international matches, 13 Champions League matches and 19 UEFA Cup matches. 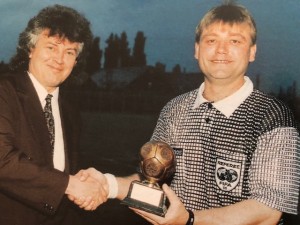 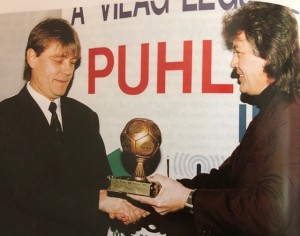 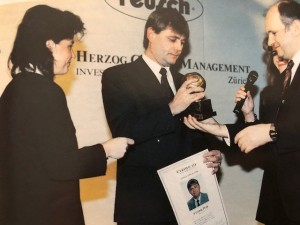 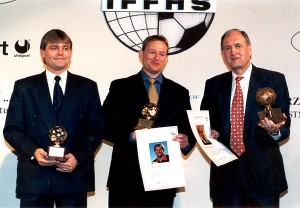 He was elected as IFFHS The World’s Best referee of the Year four times in a row between 1994 and 1997 !

After retiring as referee, he was nominated Deputy chairman of the Hungarian FA from 2000 to 2006.