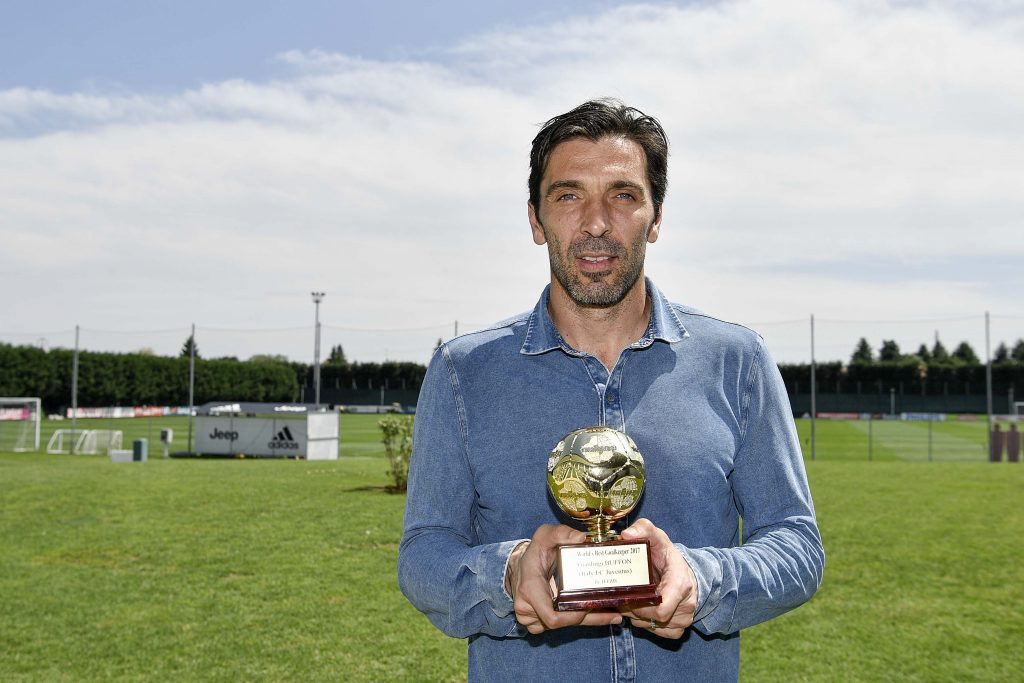 Gianluigi “Gigi” Buffon, born 28 January 1978 in Carrara, is regarded as one of the greatest goalkeepers of all time. He was crowned 12 times Serie A Goalkeeper of the year , was named as the best FIFA Goalkeeper, UEFA Goalkeeper and the IFFHS honoured him 5 times as THE WORLD’S BEST GOALKEEPER 2003, 2004, 2006, 2007, 2017 and in 2012 as THE WORLD’S BEST GOALKEEPER of THE DECADE, of THE LAST 25 YEARS and of THE 21st CENTURY , becoming also the best Goalkeeper in the first IFFHS Men’s World Team 2017!

In 2018, Buffon signed one year with Paris Saint Germain  at the age of 40. He immediately won the trophée des Champions and the Ligue 1 title 2018/19 with the French team, before returning in june this year to his CLUB, FC Juventus for a new season !

Gianluigi Buffon is one of the only 25 players in the World to have made at least 1000 professional career appearances and is currently playing to continue to break new  records with FC Juventus.