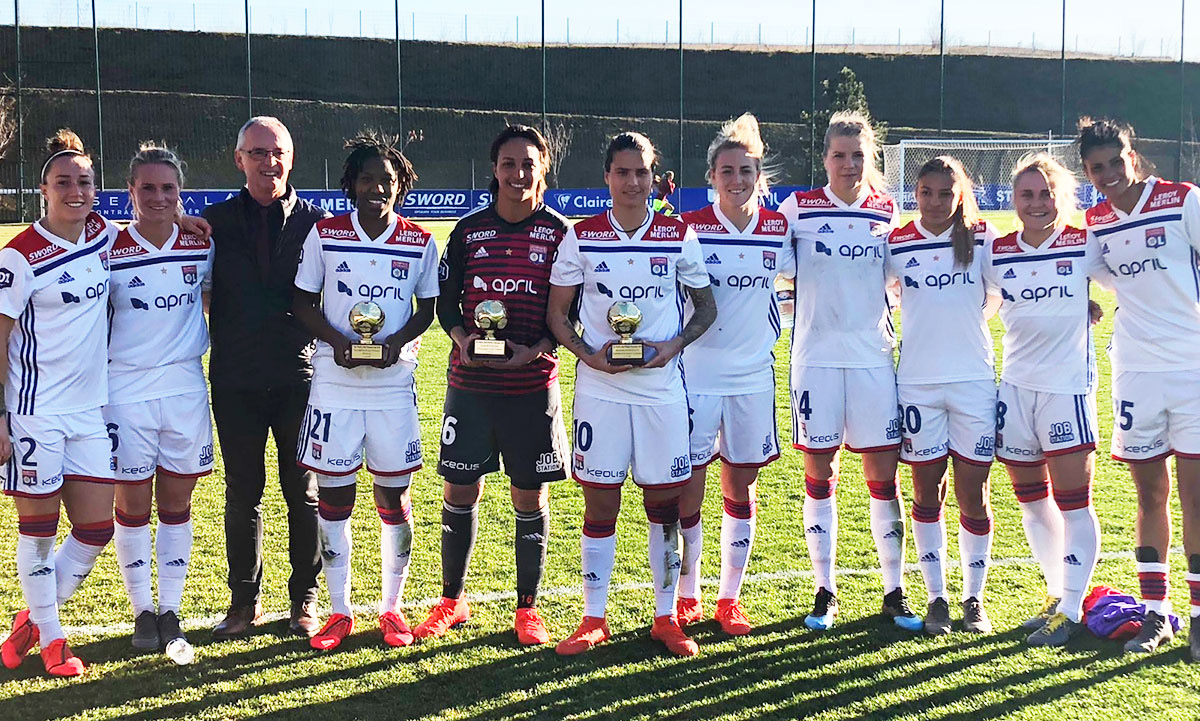 French club Olympique Lyonnais once again displayed its domination of women’s world football when it won his fifth Award in seven years by claiming the 2018 IFFHS World’s Best Woman Club.

Football experts of 90 countries from all continents had no difficulty in awarding Olympique Lyonnais a massive 302 points with a confortable gap to VFL Wolfsburg (winner of the other 2 Awards in 2013 and 2014) second on 138 points and US best team 2018, North Carolina Courage FC third on 37 points.

The French club has also won the French First Division twelve times in a row since 2007 and seven Coupe de France titles. Captain Wendie Renard has won all the titles with Olympique Lyonnais since the beginning and she had great teammates like The World’s Best Woman Playmaker 2016 and 2018, Dzsenifer Marozsan or the World’s Best Woman Goalkeeper 2016, 17 and 18 Sarah Bouhaddi . The team played an attractive offensive football and is the reference in women’s world football. VFL Wolfsburg and the USA club teams are currently the only teams able to contest the superiority of Lyon. 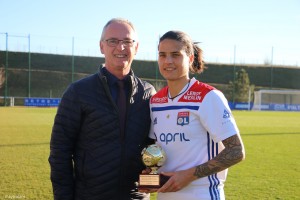 Germans and Olympique Lyonnais playmaker Dzsenifer Marozsan has proved since the first ranking in this category in 2012 that she is really the greatest Playmaker in the World !

For the second time after 2016, she was voted as The World’s Best Woman Playmaker in 2018 after being second in 2015 and 2017. It was a great match between the 26 years old German Playmaker and the first winner of the Award in 2012, the 32 years old Brazilian star Marta.

The IFFHS voters from 90 countries all over the World voted 176 points for Marozsan, relegating Marta to second place with 170 points. A little marge for Marozsan who won the UEFA Champions League and the French Championship, she stood again out with her technical skills and excellent vision for her teammates.

Marta made performances with her team of Orlando Pride and the Brazilian national team, but not enough to beat Dzsenifer Marozsan, the reference in this category ! 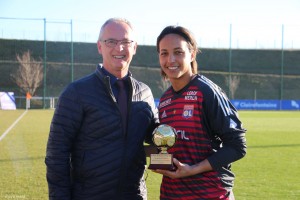 French and Olympique Lyonnais goalkeeper Sarah Bouhaddi has retained her title as The Best Woman’s Goalkeeper in the World with a runaway win in the IFFHS 2018 Awards.

For the third year in raw, Bouhaddi has capped a great season to clearly win the Award with 185 points from football experts in 90 countries all over the world, with Germans and VFL Wolfsburg keeper Almuth Schult second (she won the Award 2014 with Hope Solo) on 121 points followed by third placed USA team and Orlando Pride keeper Ashlyn Harris on 48 points.

Sarah Bouhaddi won with her club Olympique Lyonnais in 2018 her 9th national championship as well as her 5th Women’s UEFA Champions League !

She was injured in the Champions League final but continued to play more than 30 minutes with a broken left hand to finally win the Cup !

The young Goalkeeper of Panama, Yenith Bailey (17 years old) appears in the ranking for the first time, she made a fantastic performance at the CONCACAF qualifications.