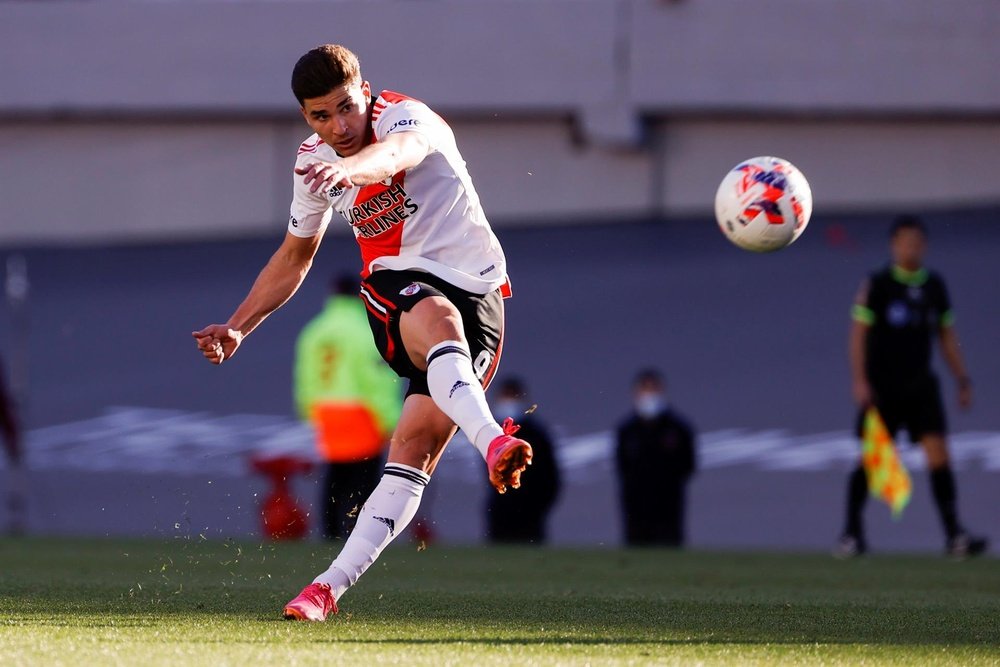 Picture : Julian Alvarez scored 6 goals with River Plate on 25 May 2022 in Copa Libertadores !

The World’s Best One-Match Goal-scorer 2022: Julián ÁlvarezJulián Álvarez has scored most goals in a single match in the world football in 2022 (taking into account only top-level games).The Argentine striker netted 6 times on 25 May in the Copa Libertadores game for his River Plate vs Alianza Lima (8-1). He delivered his goals on the minutes 15, 18, 41, 54, 57, 83. Soon after that Álvarez moved to Manchester City and finished the year with a triumphal World Cup. So, the title of Best One-Match Goal-scorer is a small addition to his great achievements over the year.Besides, Álvarez remained the only player in 2022 to score 5+ goals in an international club competition. His “Albiceleste” team-mate Lionel Messi is the only one to achieve the same for a national team and the only one to score all goals of his team in the game in consideration.