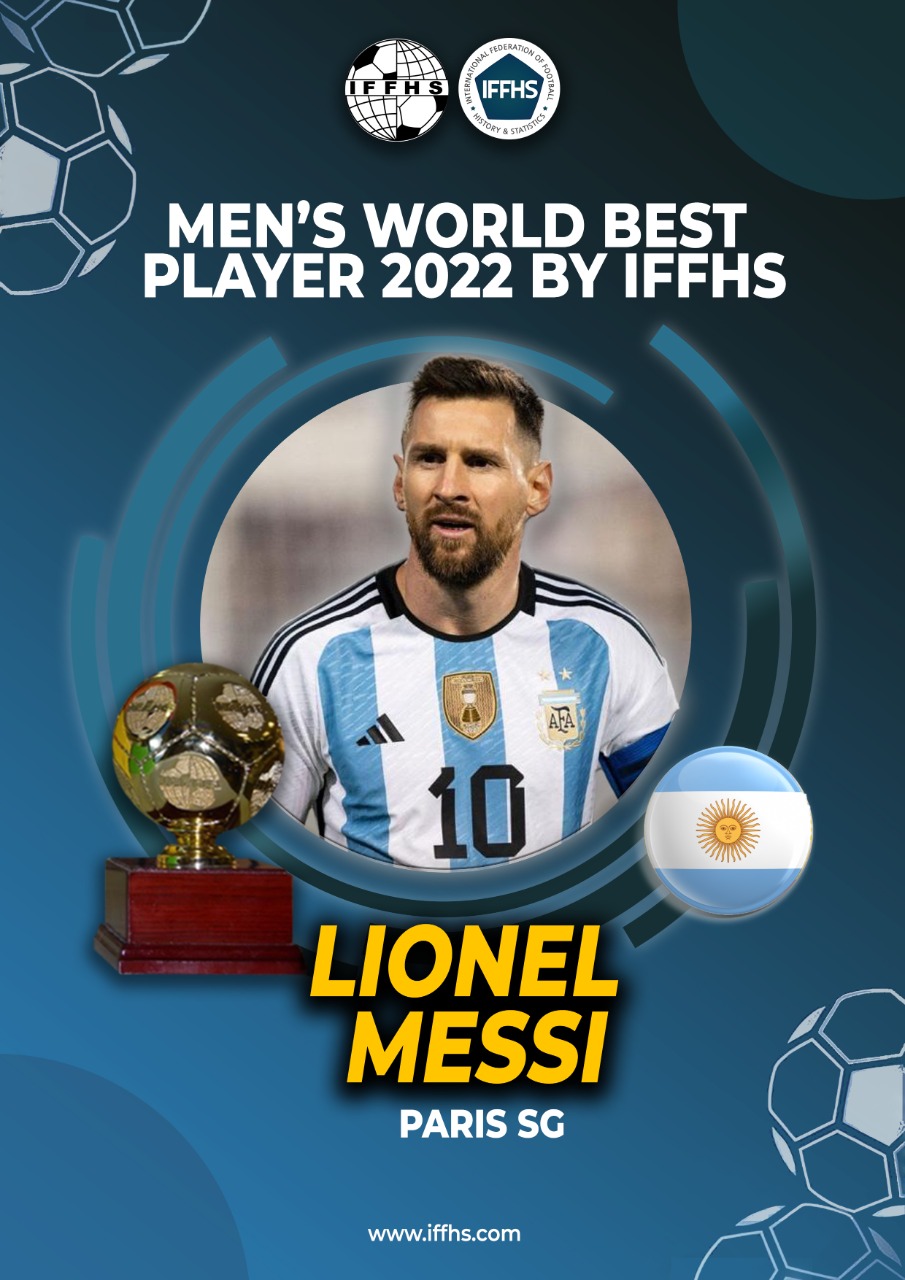 IFFHS was the first to create the Award of THE WORLD’S BEST PLAYER in 1988. Marco Van Basten (1988 and 1989) and Lothar Matthaus (1990) were the 3 winners (1988 to 1990) before FIFA President Sepp Blatter asked IFFHS to let this World Award to FIFA to become FIFA World Player of the Year. Since 2020, the IFFHS has decided to award again IFFHS WORLD’S PLAYER OF THE YEAR and Robert Lewandowski was the winner of the Awards 2020 and 2021 !

In 2022, despite of the great performance of Karim Benzema and Kylian Mbappé, Lionel Messi was acclaimed to receive the Award of IFFHS MEN’S WORLD BEST PLAYER 2022 ! Messi, already winner of IFFHS WORLD’S BEST INTERNATIONAL GOAL SCORER 2022 Award, totalized 275 points after the winning of the World Cup in Qatar ! He was sovereign voted as the World’s Best Player before Kylian Mbappe (35 points) and Karim Benzema (30). Only two other players Luka Modric and Erling Haaland earned also points, Messi’s domination was total, he won today his 12th IFFHS Award.