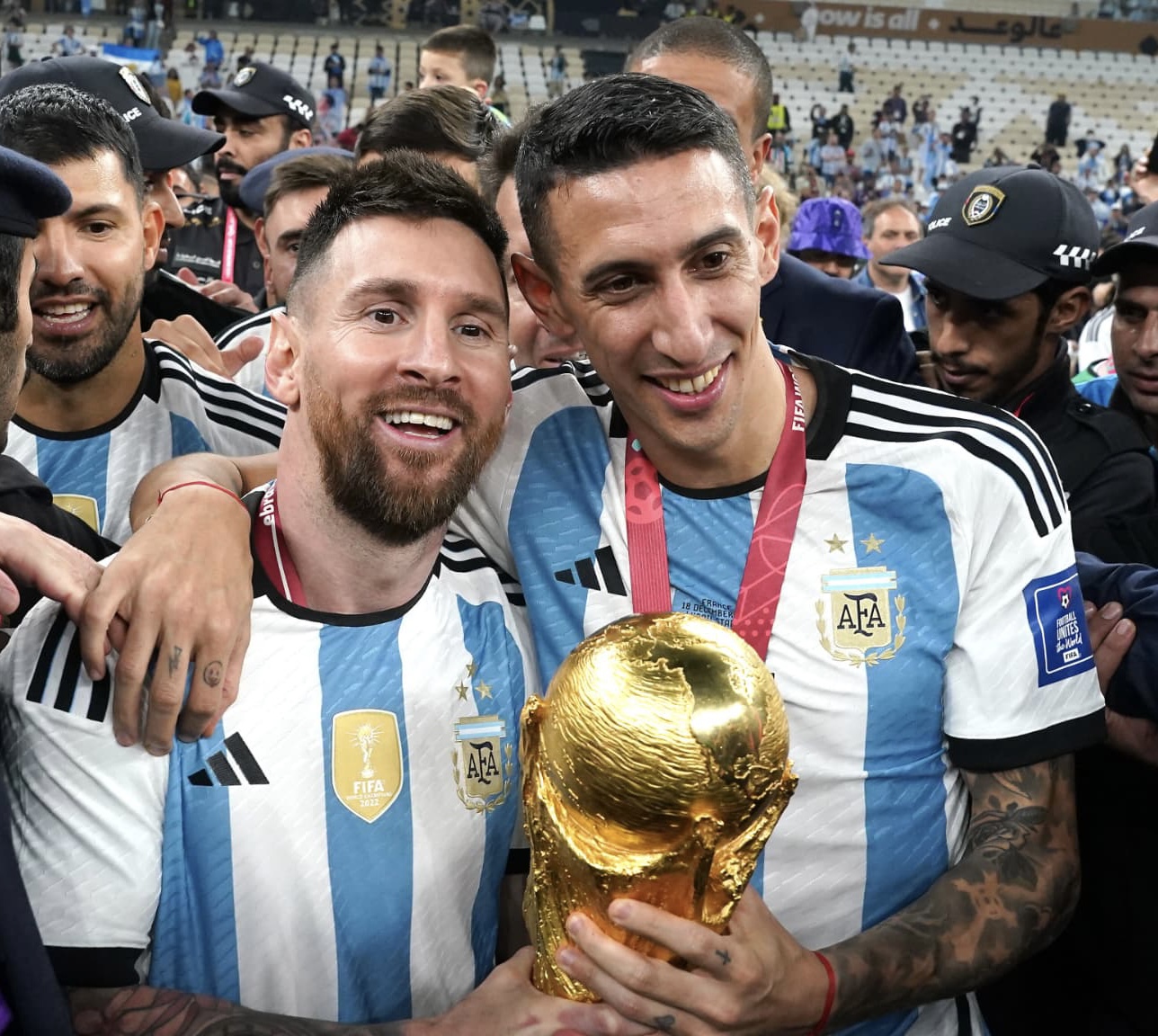 MESSI AND DI MARIA IN THE HISTORY

Picture : After the Olympic Games Gold Medal in 2008, Lionel Messi and Angel Di Maria won together the World Cup 2022. They are the only two players to do that after the second World War !

Messi and Di María joined the list of OG & WC winnersLionel Messi and Ángel Di María became this year the 12th and 13th players in the history of football, winners of both the Olympic Games and the World Cup. 14 years before the triumph in Qatar, they won the gold medal of the 2008 Olympics.All of the previous 11 players (7 from Uruguay and 4 from Italy) have done this before World War II.