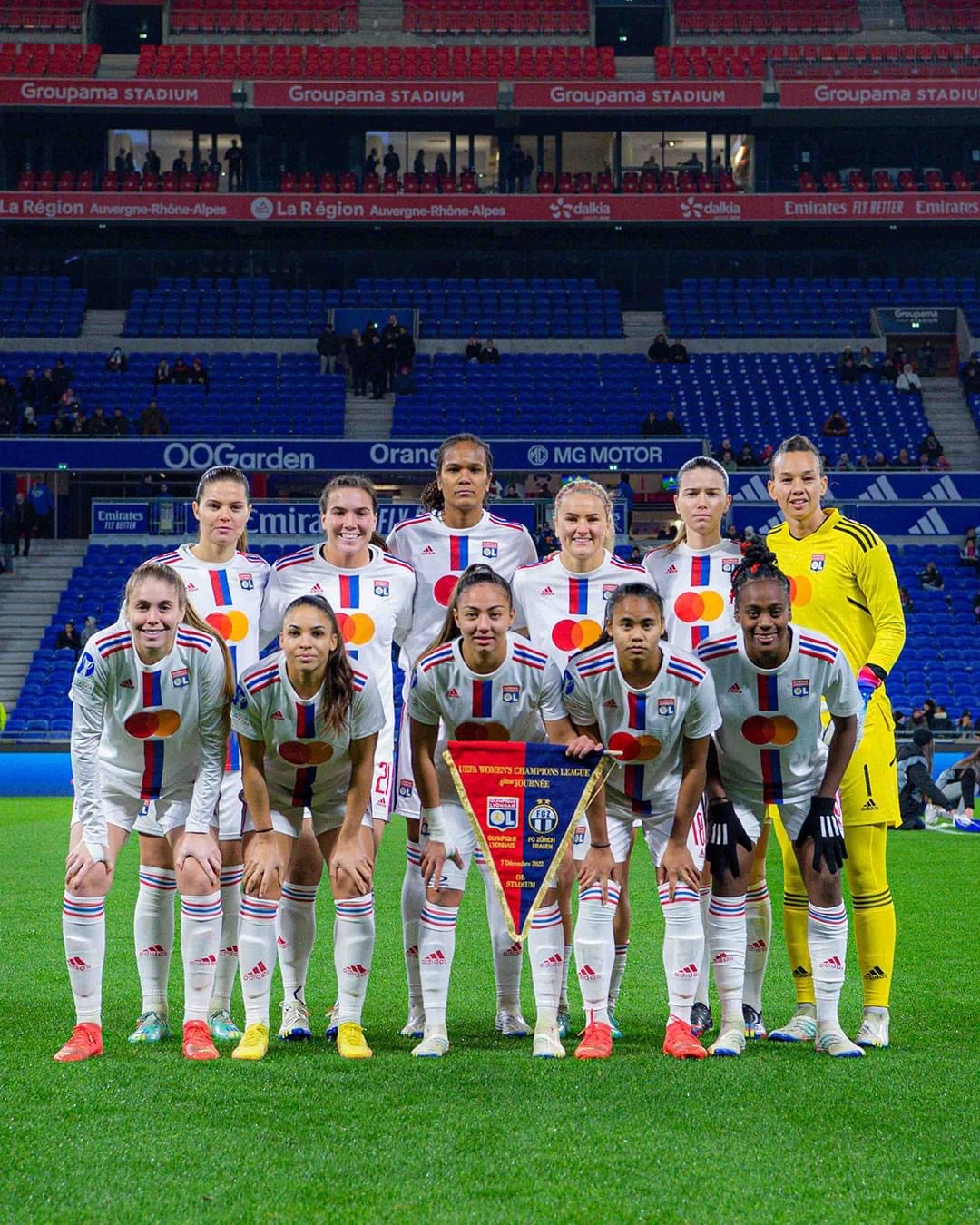 Picture : This team of Olympique Lyon reached the record of 100 wins in the competition !

Olympique Lyonnais, the record eight-time winners of the UEFA Women's Champions League and defending champions reached another landmark by becoming the first team to record 100 wins in the competition ! Lyon host Swiss champions, FC Zürich Frauen at the club's main venue, the Groupama Stadium, winning 4-0 to reach the number 100 !

Their number of wins is just one of a slew of records they hold in the competition they have made their own, with eight titles in the last 12 seasons. They have played in most finals (10), semi-finals (12) and scored most goals (449). Their captain Wendie Renard made history last season as their first player to make 100 appearances in the competition. On Wednesday, she appeared for a record 106th time in Lyon's record 127th game in the UEFA Women's Champions League !

In the same Group C, Arsenal kept the leadership with a 1-0 against Juve, Vivianne Miedema scored her 13th international goal of the season. In Group B , FC Bayern München realized a great exploit , beating FC Barcelona (the first defeat of the season for Spanish Champion) in the Allianz Arena before a record attendance of 24 000 spectators (3-1) ! Benfica with an efficient Chloe Lacasse (2 goals) won in Rosengard and has always the possibility to play the second place.

In Group A,  Real Madrid shared the draw point with Chelsea (1-1) and retrograded to rank 3, because of Paris SG winning in Vllaznia (4-0, Diani scord twice). In Group B, Wolfsburg took the leadership with a 4-2 winning against AS Roma (Ewa Pajor scored again twice). St Pölten and Slavia Prag shared the draw point (1-1).