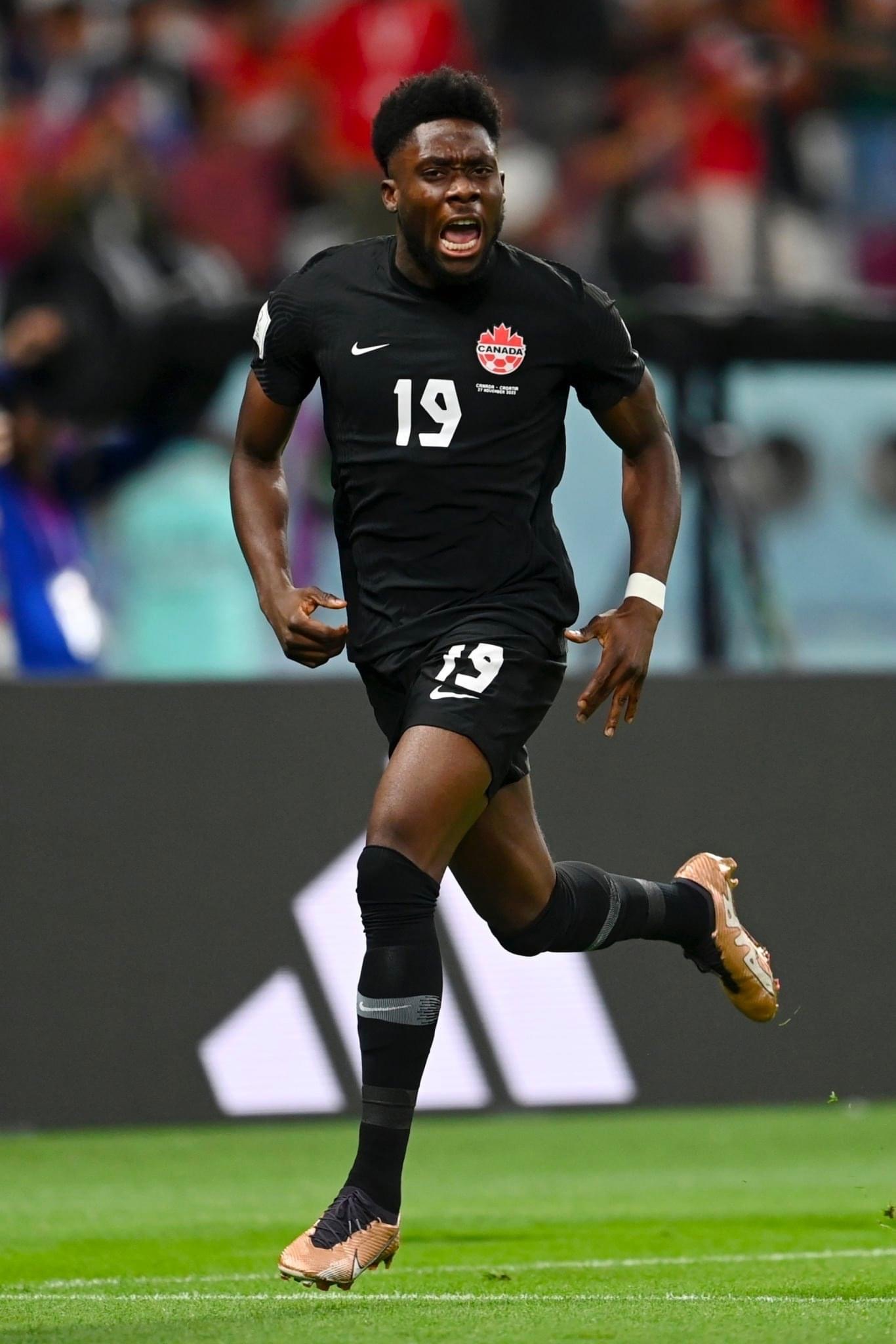 Picture : Alphonso Davies' goal became the 2nd fastest scored at the World Cup by a CONCACAF player, after Clint Dempsey (USA, 29 seconds, vs  Ghana in 2014).

The statistics on 2022 World Cup day 8 (27 November)*Costa Rica (1-0 vs Japan) ended their streak of 7 games without winning at World Cup. Their previous win is dated by 20 June 2014 against Italy (1-0).*CONCACAF extended their domination in the rivalry with Asia at the World Cup (6 wins, 1 draw and 1 loss in 8 matches).*Abdelhamid Sabiri (Morocco) has scored vs Belgium (2-0) the first direct free-kick goal at World Cup 2022. It is also the first ever direct free-kick goal scored by Morocco players in the history of tournament and 3rd scored by an African team, after Raouf Bouzaiene (Tunisia, also vs Belgium, in 2002) and Kalu Uche (Nigeria, vs Greece, in 2010)*Belgium have scored just 1 goal for 2 games producing fewer (0) after two matches only once in their previous history, at the very first edition (1930). For comparison, their tally in 2018 after two matchdays was 8 goals.*Belgium stopped their 8-match winning streak in the World Cup group stages. The record is tied with Brazil (two 8-match series between 1986 and 1994 and then between 2002 and 2010).*Atiba Hutchinson became in the game vs Croatia (1-4) the first ever player of Canada to reach 100th cap.*Croatia have conceded the fastest goal so far of the current World Cup edition (1 minute 8 seconds, from Alphonso Davies, Canada) as well as of the last edition (57 seconds, from Mathias Jørgensen, Denmark).*Ivan Perisic is the first player to assist the same team-mate (Andrej Kramaric) twice in a World Cup match since Josip Drmić (Switzerland, to Xherdan Shaqiri vs Honduras on 25 June 2014).*Canada are the second team eliminated from this World Cup; they continue without being able to gain points (3 losses in 1986 and 2 in 2022).

*Manuel Neuer (Germany) made vs Spain (1-1) his 18th appearance at the World Cup, equaling the record of Cláudio Taffarel (Brazil) and Sepp Maier (Germany) for the most World Cup games by a goalkeeper.*Álvaro Morata is the first player to score as a substitute for Spain in 2 consecutive World Cup games and the 6th at all in the history of tournament to do so.*Morata equalled Morientes as the Spanish player with the most goals as a substitute (2) in World Cup games.*Spain have not lost a competitive match against Germany since 1988 (3 victories and 2 draws in 5 such games since then).*Spain have not lost a match in Euro or World Cup final phase since 27 June 2016 (0-2 against Italy). They have gone 12 consecutive without losing (4 wins and 8 draws) since then and equaled the best such streak in their history.