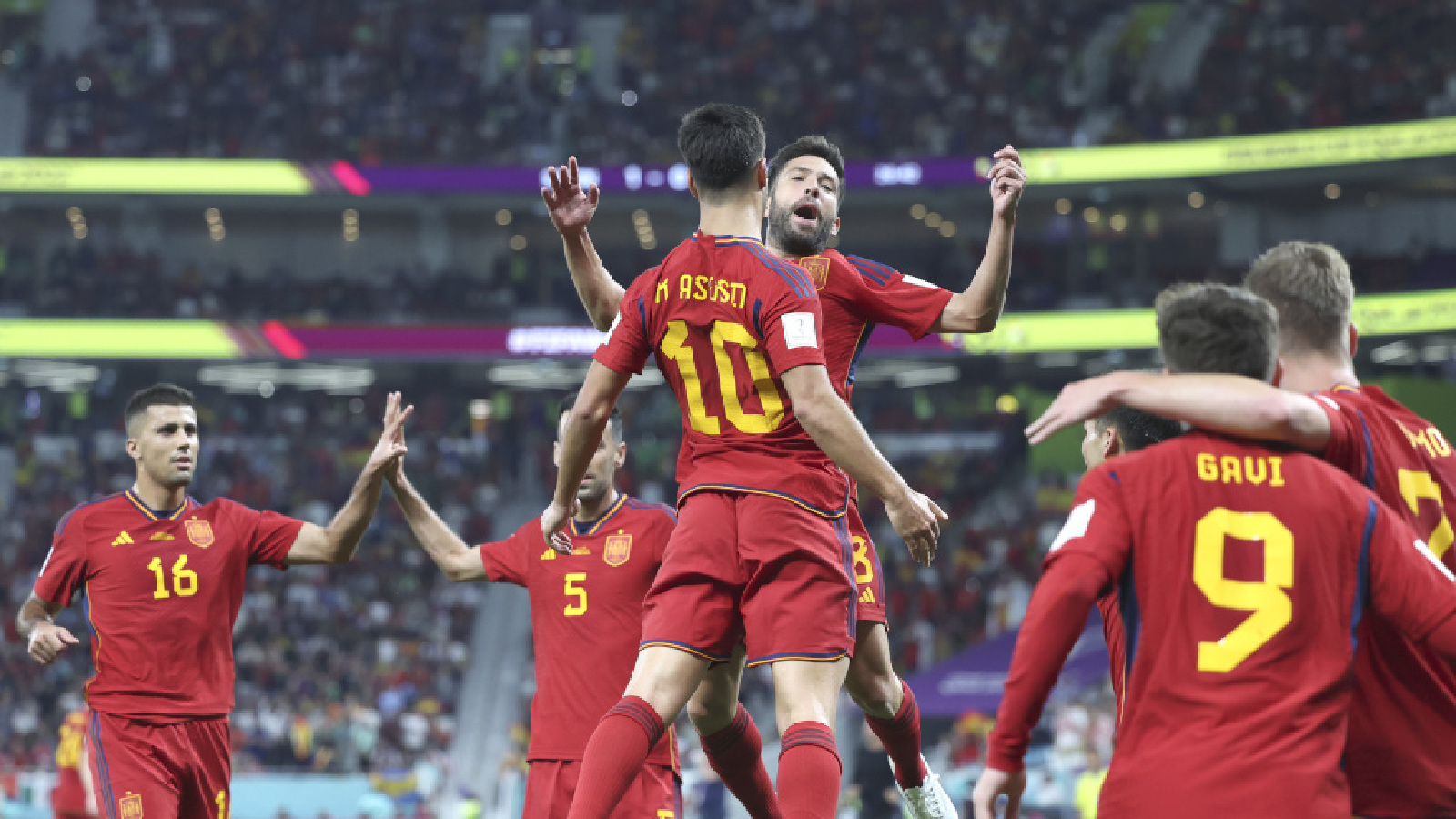 Picture : Spain entered today in the History of the largest goal difference in World Cup !

The wins with largest goal difference *The Spain victory over Costa Rica (7-0) became the 11th with 7+ goal difference (GD) in the history of World Cup. They are listed in the table below.*For Spain, it is the biggest ever win in the tournament, and they have scored so many goals in a single World Cup game for the first time.*As for Costa Rica, they suffered the worst defeat of all their history (equaling 0-7 loss against Mexico in a friendly match that was played on 17 August 1975).*Spain have scored 7 goals from just 7 shots on goal. Such a perfect conversion was not yet seen in a World Cup match ever.*Costa Rica has not made a single shot against Spain. Since 1966 there was only one precedent like this in a World Cup match. Curiously, it was the same Costa Rica who failed to produce a single shot at the only previous case (against Brazil, on 16 June 1990).*Spain have done 1000 accurate passes against Costa Rica: the biggest amount in a World Cup match without extra-time since 1966 (the start of recording the complete statistics at World Cups).