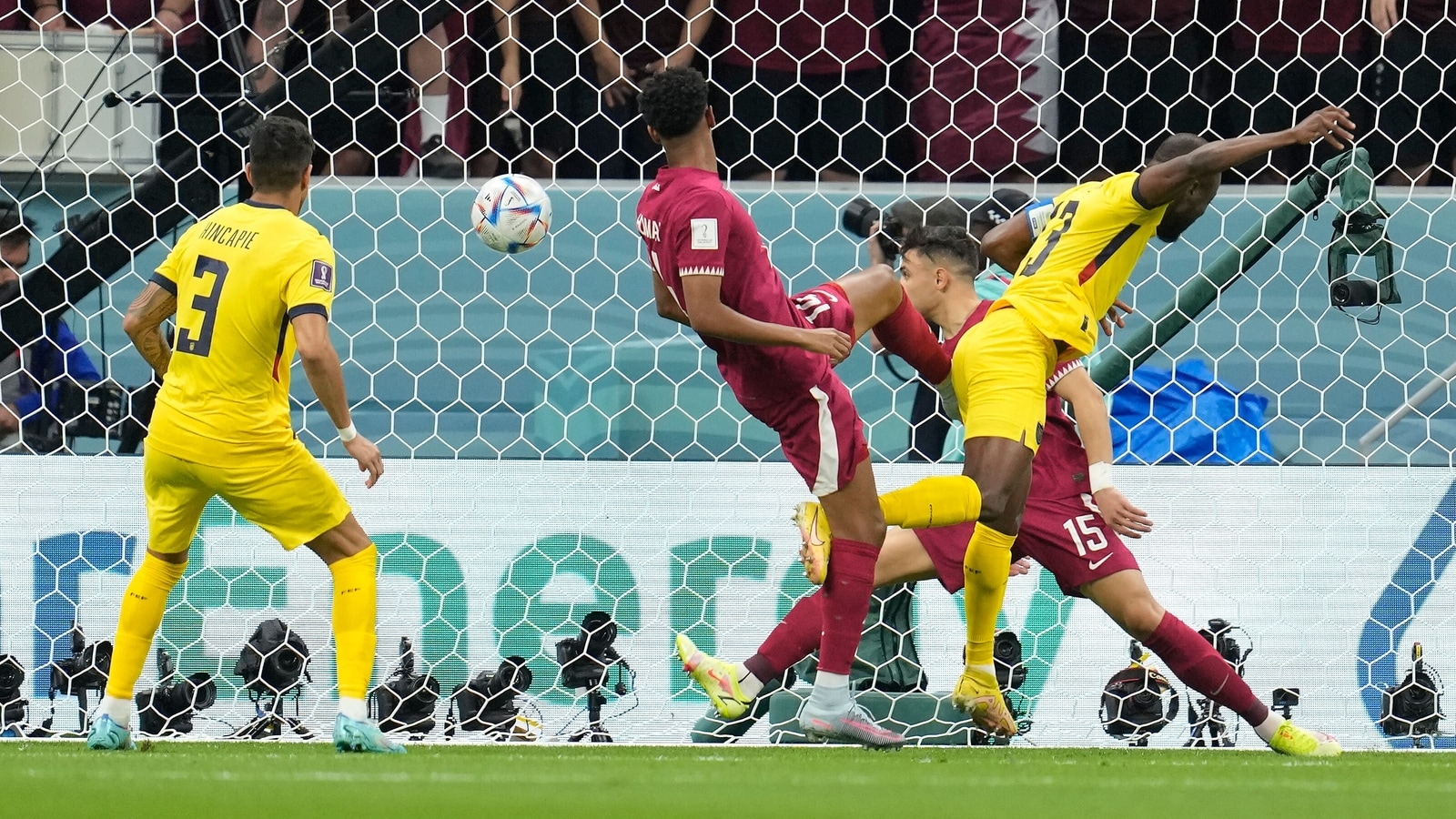 Picture : Enner Valencia entered in History with his second goal.

The statistics on 2022 World Cup day 1 (20 November)*Qatar have become the 3rd country to host the tournament on its World Cup debut, after Uruguay in 1930 and Italy in 1934.*No team from the Asian confederation has won their debut World Cup match so far. Qatar haven’t broken this tradition.*Qatar are the first host nation in the history of the World Cup to lose the opening match. From the previous 22 cases, host nations have won 16 of their opening matches and drawn 6.*Ecuador have kept a clean sheet in each of their last seven matches. Julian Alvarez (Argentina) was the last player to score against them (on 30 March 2022).*There were just 11 shots in this game (5 for Qatar, 6 for Ecuador). No World Cup match since 1966 has seen fewer attempts.*Qatar have finished the match without a single shot on goal. This is just 2nd case in the history of World Cup regarding all games of host nations. The first such case happened in 1994 when United States failed to produce a single shot on goal vs Brazil. *Qatar became the 3rd team without shots on goal in the opening game of a World Cup edition, after Germany in 1978 (vs Poland) and Saudi Arabia in 2018 (vs Russia).*For the first time in the World Cup history the opening goal was scored from the penalty spot, by Enner Valencia (Ecuador).*Enner Valencia is the 2nd player to achieve a brace in the first half of an opening match in the history of the World Cup. The first was Angelo Schiavio in the 1934 edition (Italy vs United States 7-1).*Enner Valencia became the oldest player (33 years 16 days) to score the first goal of a World Cup edition, surpassing Alessandro Altobelli who scored in the 1986 edition against Bulgaria at 30 years 184 days.*Enner Valencia was the only starting player in both sides with previous experience (3 games) in the World Cup. This was last time seen in 1962: Charles Antenen (Switzerland) was the only player with World Cup experience among all 22 participants of the opening game vs Chile (1-3).