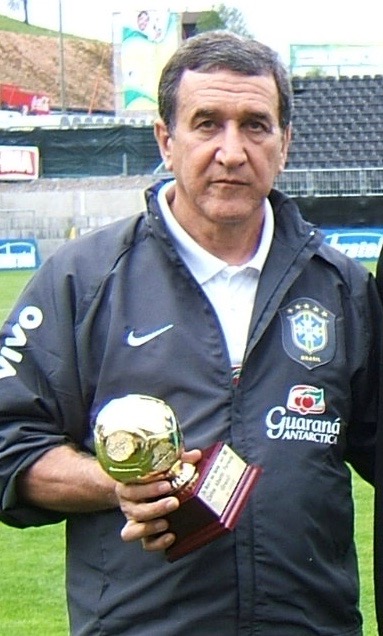 WORLD CUP RECORDS (Part 26) - THE COACH AT MOST EDITIONS

Picture : Carlos Alberto Parreira won the IFFHS Award 2005. He was coach in the World Cup at 6 editions !

Coach at most editions: Carlos Alberto Parreira*Carlos Alberto Parreira is a World Cup record holder on the number of editions (6) where he was a coach. He started his unprecedented run in 1982 with Kuwait and finished in 2010 with South Africa. In between, he coached also UAE, his native Brazil and Saudi Arabia.*The runner-up in the ranking is Bora Milutinović with 5 such editions (from 1986 to 2002), always with different teams (Mexico, Costa Rica, United States, Nigeria, China). They two share the record on number of coached teams (5).Milutinović is only one in the history with a consecutive row of 5 editions in coach duty.*The next positions are taken by 6 coaches which worked at 4 editions. In 5 of these cases, a coach led the same team (his native). In the remaining one (Henry Michel), he, oppositely, led 4 different teams.The 2022 World Cup will bring one more coach with 4 editions: the Portuguese Carlos Queiroz (now coach of Iran).*Two coaches managed the same team at 4 consecutive tournaments: Walter Winterbottom (England, 1950 to 1962) and Helmut Schön (Germany, 1966 to 1978).Sepp Herberger can also be added to them. He coached Germany at 4 tournaments (1938, 1954, 1958, 1962) which were consecutive for his team (taking for account that Germany didn’t take part in 1950 edition due to ban).