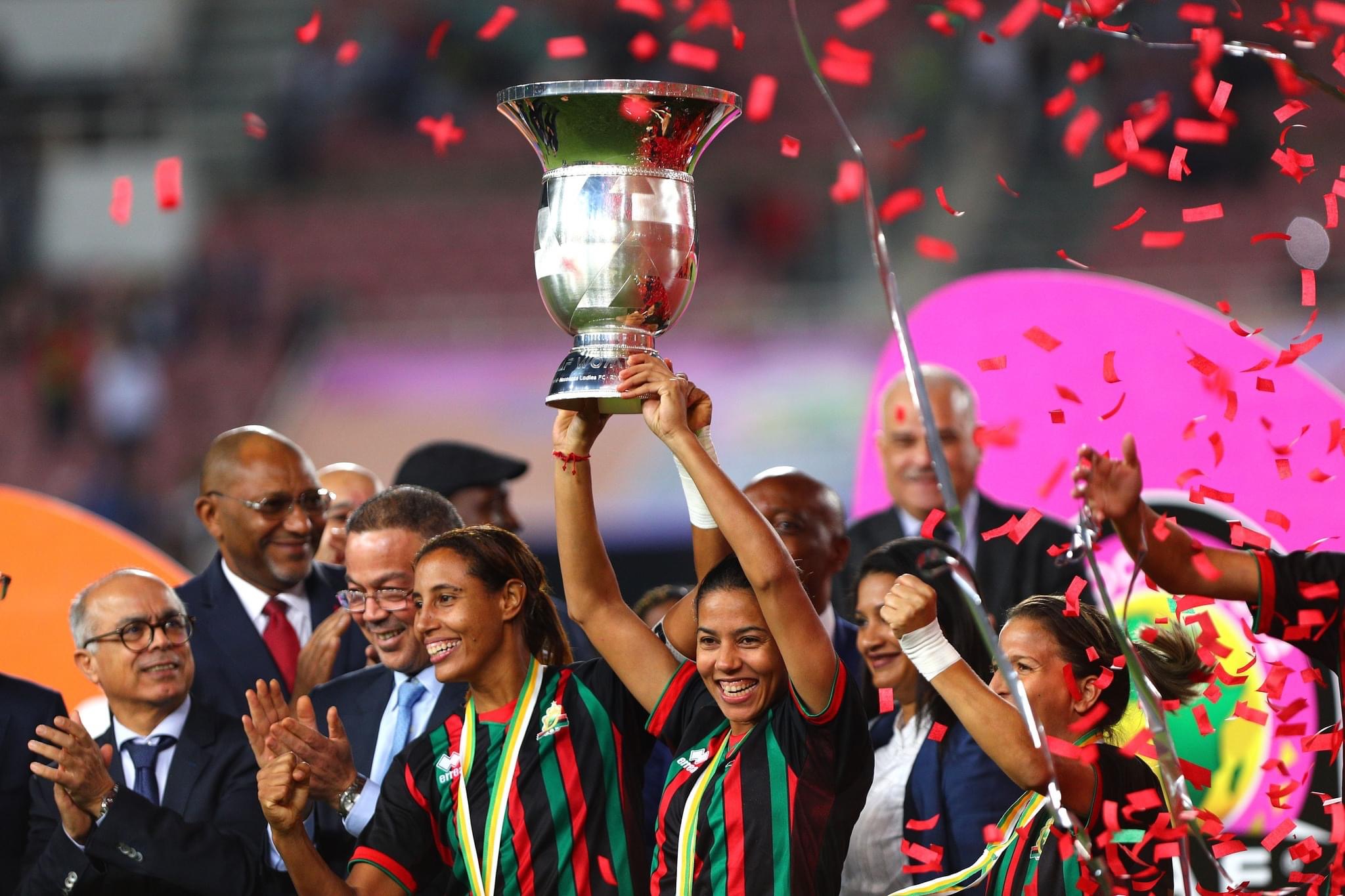 AS FAR, THE NEW QUEENS OF AFRICA

Picture : Ghizlane Chebbak, AS Far captain (she was absent at the final due injury), shows the CAF Champions League Trophy to Morocco with the Golden Boot, Ibtissam Jraidi and the team !

AS Far Rabat became yesterday the first ever Moroccan CAF Women’s Champions League winners ! They trashed the title holder Mamelodi Sundowns 4-0 in the final to win the 2022 edition in Stade Prince Moulay Abdellah in their hometown of Rabat.

It was a large defeat for the South African who losed their first match since first edition last year. Fatima Tagnaout, named GOLDEN BALL of the Champions League, scored one goal for AS Far and Ibtissam Jraidi scored a hat trick to be honored as GOLDEN BOOT of the Chammpions League with 6 goals. Goalkeeper Khadija Er-Rmichi was crowned as GOLDEN GLOVE and completed the triumph of Morocco’s AS FAR, the new Queens of Africa.