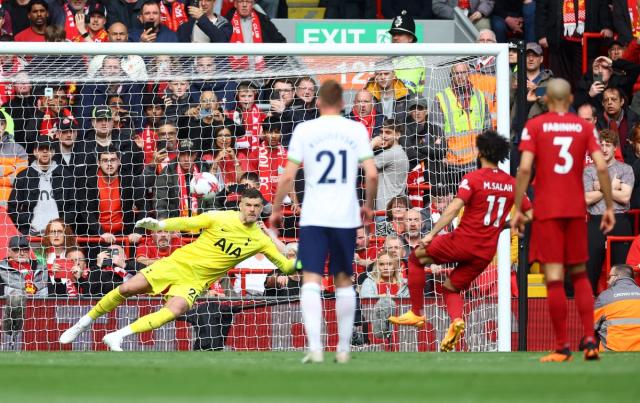 Mohamed Salah: quickest hat-trick in Champions League!*Mohamed Salah (Liverpool) has scored in the game vs Rangers (7-1) the quickest ever hat-trick in Champions League history, within 6 minutes and 12 seconds. He found the net on 75th, 80th and 81st minutes.As he entered the pitch as a substitute just on 68th minute, he took only 13 minutes for making the triplet.*Salah surpassed the previous record of competition that belonged to Luiz Adriano (Shakhtar). The Brazilian scored his hat-trick on 21 October 2014 vs BATE (7-1) for 7 minutes and 26 seconds.In the European Cup era (since 1955), the quickest hat-trick was also made within 6 minutes: on  13 September 1978, Claudio Sulser (Grasshopper) has scored 5 goals in total vs Valletta (8–0), three of them on 58th, 62th, 64th minutes.Second quickest was the hat-trick of Amancio (Real Madrid) on 6 March 1968 vs Sparta Prague (3-0). He scored on minutes 61, 62, 68. *All three Salah’s goals were assisted by the same player, Diogo Jota. The previous such case when a player assisted a teammate's hat-trick in the  Champions League occurred in March 2012 (Franck Ribéry assisted three Mario Gomez strikes for Bayern vs Basel). And before that, in 2011, Aly Cissokho assisted for 3 goals of Bafetimbi Gomis (Lyon) in the game vs Dinamo Zagreb in 2011.*Salah’s hat-trick is 6th in the history of Champions League made by a substitute.