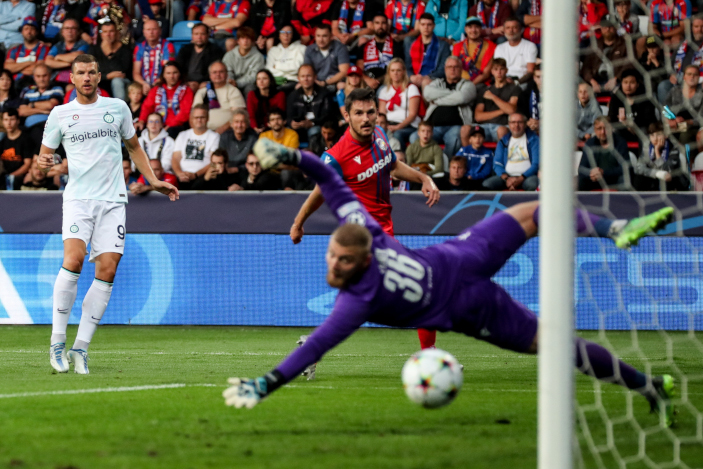 Statistics on Champions’ League group stage round 2 (September 13)*Bayern (2-0 vs Barcelona) have equalled the longest run of consecutive matches without losing in Champions League group stage (30), set by Real Madrid between 2012 and 2017).Bayern have not lost a UCL group stage match since 27 September 2017 (0-3 vs PSG).*Bayern became the first team to beat Barcelona 5 times in a row in major European competitions. Also, all last 12 goals in the games between these 2 clubs were Bayern’s (and 18 from the last 20).*Comprising with the game Bayer vs Atletico (2-0), two Spanish team were defeated on German soil on the same day: this happened for the first time in the history of Champions League.*Antoine Griezmann (Atletico) again entered the game on 63rd minute: this happened in 6 of 7 club’s games of the current season (in UCL and La Liga). In 7th game he came on 61st.*Edin Džeko who scored for Inter vs Viktoria Plzen (2-0) became 4th player to score in Champions League games against the same opposition for 3 different clubs.Others three are Ruud van Nistelrooij (vs FC Bayern), Hans-Jörg Butt (vs Juventus) and Cristiano Ronaldo (vs Lyon).*Antonio Nusa scored for Club Brugge vs Porto (4-0) at the age of 17 years 149 days; he is 2nd youngest goal-scorer in Champions League history. Only Ansu Fati was younger (17 years 40 days) when he scored on 10 December 2019 for Barcelona vs Inter (2-1).*Stefan Bajcetic became in the game vs Ajax (2-1) the youngest debutant of Liverpool in UCL (17 years 326 days).The previous youngest was Billy Koumetio (18 years 25 days) in 2020.*Eintracht needed 62 years 118 days to score again in the European Cup/Champions League (vs Marseille 1-0). Their previous goal in the top continental competition was scored by Erwin Stein in the 1960 final vs Real Madrid.