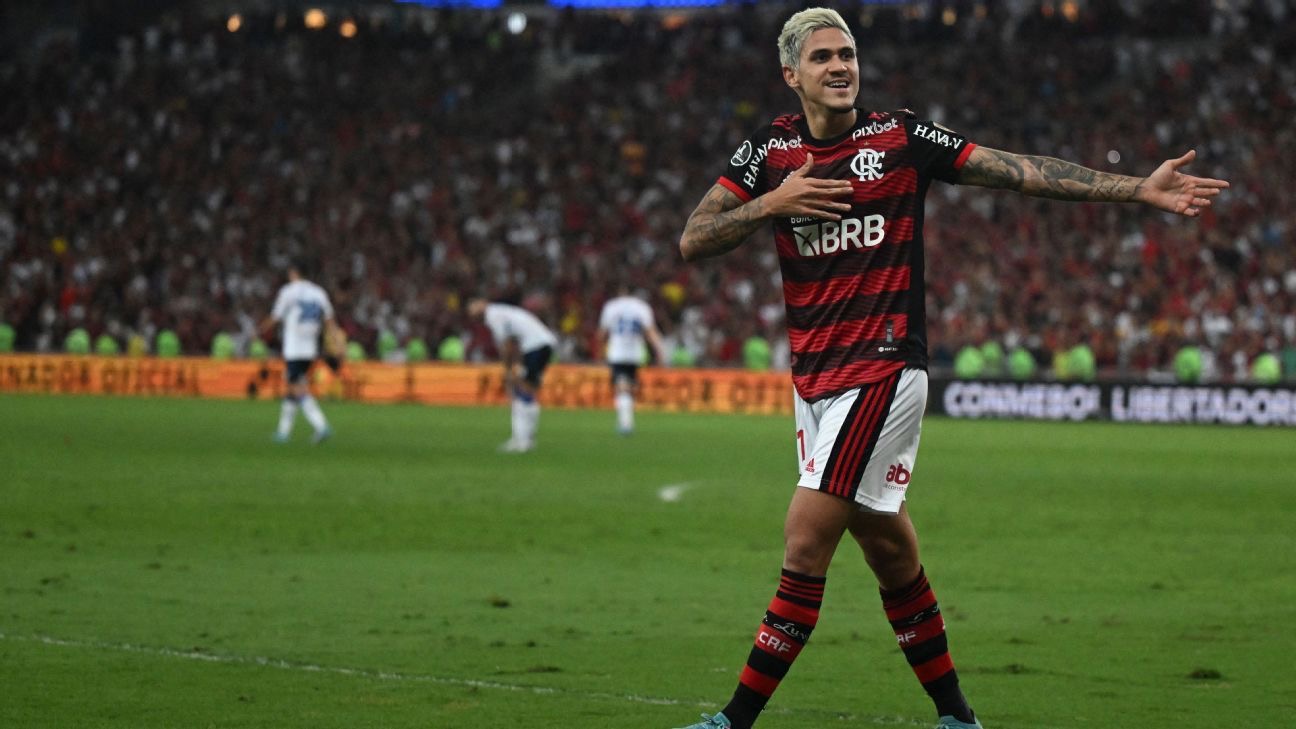 Picture : Pedro, Flamengo's striker, is the best Goal Scorer in the current competition !

Copa Libertadores/Copa Sudamericana statistics on semifinals*Having lost the Copa Libertadores away first leg to Athletico Paranaense (0-1), Palmeiras stopped their 3 unbeaten series that were longest in the history of competition:- unbeaten away (20 games between 2019 and 2022),- unbeaten away in playoff stages (10 games between 2019 and 2022),- unbeaten overall (18 games).This last streak, which lasted since May 2021, equaled the record of Flamengo.     *Flamengo striker Pedro has scored 4 goals in two legs of semifinal tie vs Vélez Sarsfield (4-0, 2-1). He is 5th player in the history of Copa Libertadores to score so much on this stage of an edition (no one has scored more). Others are:Pelé (Santos, in 1963),Usuriaga (Atlético Nacional, in 1989),Miguel Borja (Atlético Nacional, in 2016),Bruno Henrique (Flamengom in 2021).*Pedro, the best goal-scorer of the current edition, raised his tally to 12 goals. He is 8th player in the history of Copa Libertadores to score so much in a single edition (the ranking is below), and just the first to do it in XXI century!The last so prolific striker was Luizão who produced 14 goals in 2000 with Corinthians.*Both teams winning the Copa Sudamericana semifinal ties, Independiente del Valle (Ecuador) and São Paulo (Brazil), have already won the competition earlier, once each. So, the winner of final will match the record of tournament shared now by Boca Juniors, Independiente (both Argentina) and Athletico Paranaense (Brazil); they won 2 trophies each.