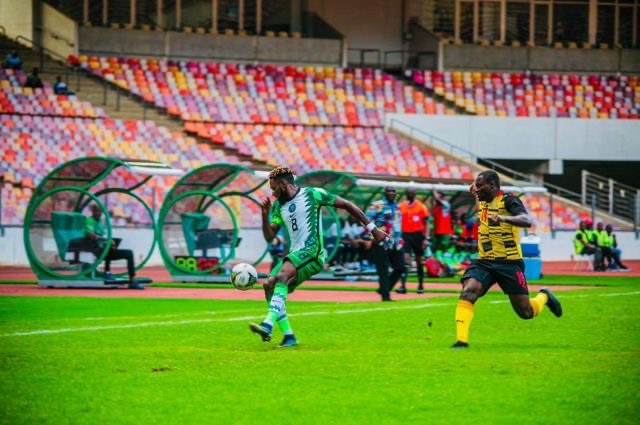 The complete field of 18 teams qualified for the TotalEnergies Africa Nations Championships Algeria 2022  to take place next year 2023 is now known. This follows exciting second leg games played allover  the continent this past weekend with some dramatic finishes. The qualified teams by zones and their ultimate finishes are:

-       West B Zone: Ghana overpowered Nigeria 5-4 in a shootout following two draws  of 2-0 and 0-2 to join zonal mates Niger and the Ivory Coast for the Algeria party. Niger lost  in the first leg to Togo 0-1 before making repairs at home 3-1. The Ivorians were held to two draws by Burkina Faso before a shootout saw them through with a  5-3 edge.

-       Central Zone: The Democratic Republic of Congo whitewashed Chad 5-0 in the second leg after a 1-2 away win to make it alongside Cameroon and the Congo. The former made it 2-0 at home in Garoua against Equatorial Guinea they had lost to 1-2 in the first leg. Meanwhile, Congo qualified on the away-goal principle thanks to their 1-0 second leg win after they had lost 1-2 to the Central Africa Republic playing out of base in Brazzaville.

-       South Zone: Angola sacked South Africa 2-0 and 4-1. Madagascar registered a 1-0 win over Botswana followed by a 1-1 second leg draw. Mozambique made it on the away-goal rule following situations of 1-1 and 0-0 with Malawi.