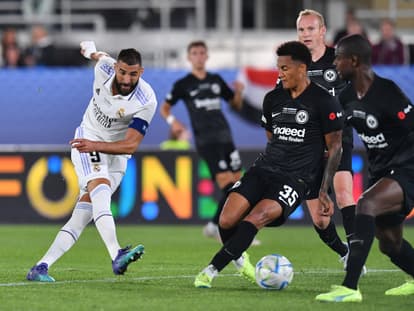 Benzema makes one step aheadKarim Benzema has increased his tally to 12 goals due to one scored for Real Madrid in the UEFA SuperCup game vs Eintracht. His runner-up  Sadio Mané hadn’t chance to score international goals in August; he stands at 10.

All “full international” games for country and the major international club competitions (without qualifiers) are taken in consideration in this ranking.ICC = International Club Competitions, NT = National Team.The tie-breaker at the equal number of total goals is the number of NT goals. Period: from January 1 to August 31, 2022.